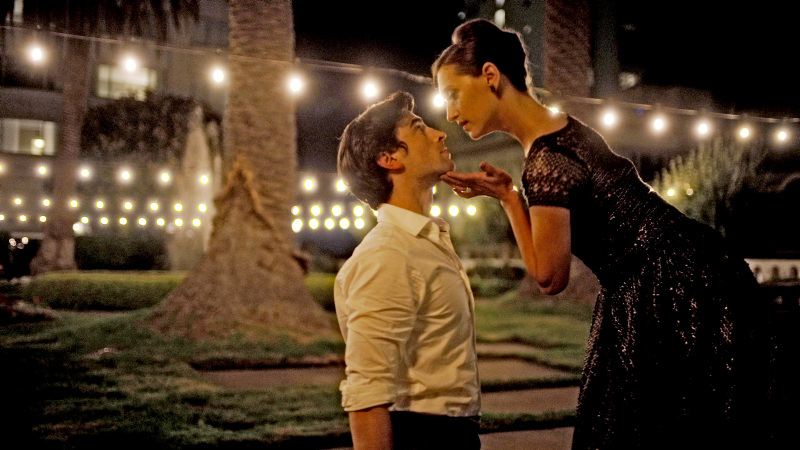 SAN FRANCISCO, CA, January 14, 2022—San Francisco Ballet (SF Ballet), the Company and School that has been an innovator in dance since its founding in 1933, begins its repertory season and Helgi Tomasson’s 37th and final season as Artistic Director this February with the live world premiere of Cathy Marston’s Mrs. Robinson on Program 1, February 1–12 at the War Memorial Opera House. The premiere arrives after a two-year postponement of the ballet’s debut due to Covid-19. To celebrate, SF Ballet today releases the Mrs. Robinson short film for free on its website. Filmed at the Fairmont San Francisco in November of 2020 and never-before shared publicly, the dance film features choreography from a scene of Mrs. Robinson and stars Principal Dancers Sarah Van Patten and Joseph Walsh in the ballet’s leading roles.

In Mrs. Robinson, Marston re-imagines The Graduate, the classic 1960s American novella and film, from the perspective of Mrs. Robinson, America’s most notorious seductress. With an original score by Terry Davies, scenic and costume designs by Patrick Kinmonth, and a scenario developed by the choreographer and Edward Kemp, Mrs. Robinson is Marston’s second commission and narrative ballet created for SF Ballet. Her first, Snowblind, traveled to The Kennedy Center in 2018 and Sadler’s Wells in 2019.

SF Ballet Artistic Director Helgi Tomasson, in his 37th and final season, will also present George Balanchine’s Symphony in C and his own ballet, Trio, on Program 1. Hailed as one of the world’s foremost exponents of the Balanchine repertory, SF Ballet first presented Balanchine’s Symphony in C in 1961. Symphony in C is one of 30 ballets by Balanchine in the Company’s repertory and was last performed by SF Ballet in 2011. Tomasson’s Trio, an abstract dance set to Tchaikovsky’s Souvenir de Florence, premiered in 2011 in San Francisco before touring to New York, London, and Washington, D.C, and was last seen in San Francisco in 2017. Program 1, like each program of the 2022 Season, celebrates the expansive unfolding of Tomasson’s career as a dancer and choreographer, encompassing works by luminaries in the field and repertory from Tomasson’s own canon.

Program 2 opens on February 3 with Tomasson’s Caprice, followed by Jerome Robbins’ In the Night, one of the first ballets Tomasson programmed upon joining the Company in 1985 and one of 18 ballets by the choreographer in the Company’s repertory. Program 2 closes with the SF Ballet premiere of William Forsythe’s Blake Works I. Called “a brilliant expression of purity and modernity” by Vogue, Blake Works I is Forsythe’s 2016 creation for Paris Opera Ballet and sets seven movements of dance to songs from James Blake’s 2016 album The Colour in Anything. Forsythe contributed to the ballet’s stage, costume, and lighting design in collaboration with costume designer Dorothee Merg and lighting designer Tanja Ruehl. “[SF Ballet] dances Forsythe better than any other American company,” wrote the Los Angeles Times in 2016.

ABOUT SAN FRANCISCO BALLET
San Francisco Ballet is one of the world’s leading ballet companies. As a commissioner, collaborator, and presenter, the Ballet performs locally, nationally, and internationally with the top choreographers, artists, and dancers while proudly celebrating its trailblazing role in dance. Since its founding in 1933 and as the oldest professional ballet company in the United States, the organization has been an innovator in dance and an originator of well-loved cultural traditions, from staging the first American production of Swan Lake to being the first company in the United States to present an annual holiday Nutcracker. In the progressive, innovative spirit of San Francisco, its mission is to share the beauty of classical and contemporary ballet, the joyful, transformative experience of live dance performance by artists working at the highest caliber, and to provide exceptional training opportunities for the next generation of professional dancers in its School.

©The School of American Ballet

Music: Symphony No. 1 in C Major. This presentation of Symphony in C, a Balanchine© Ballet, is presented by arrangement with The School of American Ballet and has been produced in accordance with the Balanchine Style© and Balanchine Technique© service standards established and provided by The George Balanchine Trust. Costumes constructed by Ann Beck Dance and Specialty Costumes, San Francisco; Corps men’s unitards constructed by Dale Wibben.

Music: Nocturnes Op. 27, No. 1; Op. 55, No.1 & 2; Op. 9, No. 2. Jerome Robbins’ In the Night is performed by permission of The Robbins Rights Trust. Costumes constructed by Christopher Read and Ruth Bartel, and by Sandra Woodall Costumes, San Francisco, California.