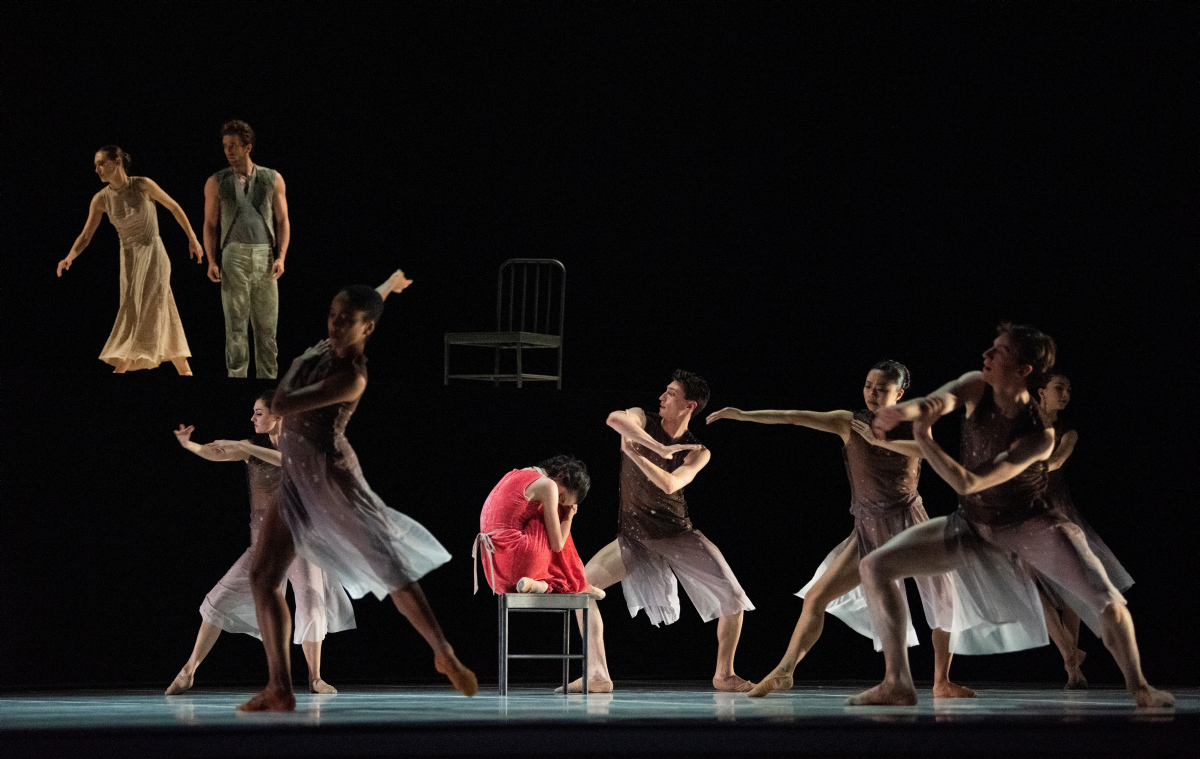 Marston’s Mrs. Robinson will premiere in the 2022 Season

SAN FRANCISCO, FEBRUARY 19, 2021—San Francisco Ballet (SF Ballet) announces the postponement of Mrs. Robinson, Cathy Marston’s world premiere which was scheduled to debut on Program 05, April 22–May 12, until the 2022 Season. Mrs. Robinson was choreographed for the stage on the 2020 Season and was reimagined for film in the 2021 Digital Season. As COVID-19 related obstacles created unforeseen delays with the film capture at the War Memorial Opera House this month, Helgi Tomasson and SF Ballet made the joint decision with the American Guild of Musical Artists to postpone filming to put the health and safety of staff, crew, and artists at the forefront. An archival capture of Marston’s Snowblind, created for the 2018 Unbound Festival, will replace Mrs. Robinson for Program 05, which also includes archival captures of Helgi Tomasson’s 7 for Eight and David Dawson’s Anima Animus. Members of the public can still see a short film “prelude” to Marston’s Mrs. Robinson, captured at the Fairmont San Francisco in November of 2020, beginning today through February 25 in a digital program featuring excerpts from SF Ballet’s January 14 Virtual Benefit. It will be available via YouTube, IGTV, Facebook, and SF Ballet’s website.

San Francisco Ballet’s complete 2022 Season will be announced later this spring. Images of Program 05 are available at this link, and casting is available here. Please contact Kate McKinney, SF Ballet’s PR & Communications Manager, at kmckinney@sfballet.org with all press inquiries.

Helgi Tomasson’s 7 for Eight from 2004 is an “exceptionally musical Bach essay” (San Francisco Chronicle) highlighting a series of solo and ensemble numbers for eight dancers and set to portions of keyboard concertos by J.S. Bach. The 2021 Digital Season capture of 7 for Eight is from 2016, the last time the work was seen at SF Ballet, and features principal dancers Yuan Yuan Tan and Tiit Helimets and former principal dancers Vanessa Zahorian, Gennadi Nedvigin, and Taras Domitro throughout. 7 for Eight is Tomasson’s second ballet set to Bach (his first, Aurora Polaris, premiered in 1991), and includes black-on-black costume designs by Sandra Woodall and lighting designs by David Finn. Martin West leads the SF Ballet Orchestra in 7 for Eight and throughout each ballet in Program 05.

Program 05 closes with David Dawson’s Anima Animus, the choreographer’s first commission for SF Ballet, also created for the Unbound festival in 2018. Set to Ezio Bosso’s “Esoconcerto,” Anima Animus is, as Dawson puts it, “physically emotional virtuosity combined to make something human,” playing on Jungian concepts to reveal the rich contrasts between male and female psyches. Anima Animus toured with SF Ballet to Sadler’s Wells Theatre in 2019 and was “easily one of the highlights” (Seeing Dance) of the Company’s four-program London performances. The 2021 Digital Season stream of Anima Animus was captured on April 25, 2018 and includes former principal dancers Maria Kochetkova, Sofiane Sylve, and Carlo Di Lanno, and current principal dancers Luke Ingham and Wei Wang among its cast of ten.

Tickets to Program 05 are available now as single stream tickets for $29, or within the Premium Plus Digital Package, which offers unlimited viewing of the remaining programs in the 2021 Digital Season, in addition to exclusive bonus content, for $289. Tickets and packages may be purchased online at www.sfballet.org. For more information, call Ticket Services at 415-865-2000, Monday through Friday from 10 am to 4 pm. Click here to view digital viewing tips.