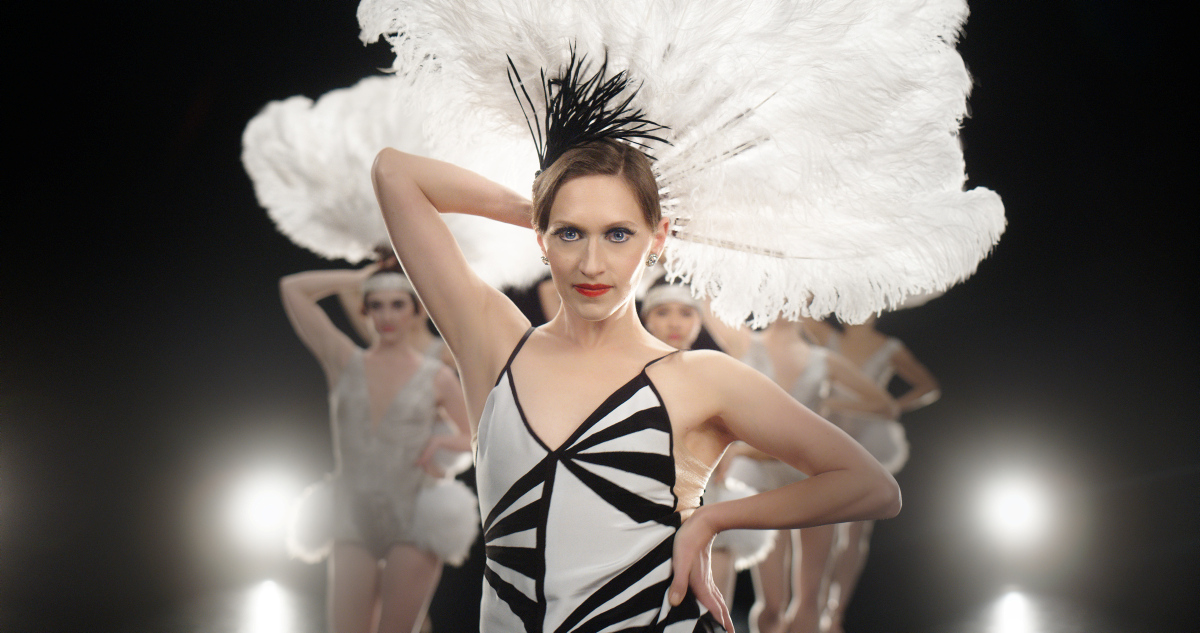 Ballets by Dwight Rhoden, Mark Morris, Alexei Ratmansky and Yuri Possokhov round out each triple-bill program

SAN FRANCISCO, CA, January 26, 2021—San Francisco Ballet (SF Ballet) announces details for two world premieres of its groundbreaking 2021 Digital Season: a new ballet by Myles Thatcher and Wooden Dimes by Danielle Rowe, opening February 11 and March 4, respectively, during Programs 02 and 03. Each premiere has been filmed under strict safety protocols in compliance with the San Francisco Department of Public Health guidelines, which protect artists, production crews, and the greater public. Single program stream access and the Premium Plus Digital Package are on sale now. Full ticketing and calendar information is listed below, and casting can be found on SF Ballet’s website.

Streaming during Program 02 (February 11– March 3) of the 2021 Digital Season, Myles Thatcher’s new ballet is set in San Francisco locations including the San Francisco Museum of Modern Art, the Heroes Grove at Golden Gate Park, Yerba Buena Gardens, and the stage of the War Memorial Opera House, SF Ballet’s performance home. Thatcher’s work emphasizes saturated colors in its design and explores parallels between consuming art—as one might at an art museum—and creating it. “First and foremost, I want this piece to embody the joy that art of all kinds has afforded me in my life,” says Thatcher. “Yes, it has brought much needed beauty through this especially challenging year. But more importantly, art allows me to get a glimpse of someone else’s perspective. It allows me to see through another person’s eyes and walk in another person’s shoes. Art has a unique way of showing us that through all our beautiful differences, we still may share common truths. And ultimately, it teaches us empathy, one of the greatest gifts we can share.” Thatcher’s world premiere ballet is his fourth repertory season creation for the company. Thatcher is also a soloist with SF Ballet. His new ballet is set to Steve Reich’s Variations for Vibes, Pianos, and Strings and is directed for film by Ezra Hurwitz, with costume designs by Susan Roemer, and lighting design by Jim French. Click here to watch the first episode of a video series following Thatcher’s creative process.

Thatcher’s new ballet will stream on Program 02 (February 11—March 4) alongside archival captures of Dwight Rhoden’s LET’S BEGIN AT THE END and Mark Morris’ Sandpaper Ballet. Created for Unbound: A Festival of New Works in 2018, Rhoden’s LET’S BEGIN AT THE END is set to music by J. S. Bach, Philip Glass, and Michael Nyman and was noted for its “off-kilter moves, spinning promenades in arabesque and consistent drive” (Bachtrack) at its premiere. LET’S BEGIN AT THE END was the first work created for SF Ballet by Rhoden, who is co-artistic director of Complexions Contemporary Ballet. Mark Morris’ Sandpaper Ballet, created in 1999 with costumes by Isaac Mizrahi, is a rare work in the repertory that sets neoclassical ballet to “funny” music—in this case, nostalgic pop-orchestral tunes by Leroy Anderson: “Sleigh Ride,” “Fiddle-Faddle,” “The Typewriter,” and more. “I didn’t trust ballet orchestras,” the choreographer writes in Out Loud, his memoir written in collaboration with Wesley Stace. “It turned out that the San Francisco Ballet orchestra was very good.” It was then Morris’ “apology and joke” to set the ballet, his second work for the Company, to Anderson’s novelty tunes. Sandpaper Ballet is one of seven ballets that Morris has created for SF Ballet.

Danielle Rowe’s Wooden Dimes premieres on Program 03 (March 4–24). Filmed at the War Memorial Opera House, Wooden Dimes is Rowe’s first ballet created for SF Ballet’s repertory season. “My appreciation for the art of filmmaking has developed tremendously throughout the creation of Wooden Dimes,” says Rowe, who also directs the film. “I adore the necessity and value given to details, the ability to transform a moment and play in post-production, and the attention and forward thinking required to piece a story together cohesively.” The ballet’s rehearsal process involved Director of Photography Heath Orchard working both in person and remotely over Zoom, and remote collaboration with costume designer Emma Kingsbury, lighting designers Jim French and Matthew Stouppe, and composer James M. Stephenson, who has created an original score for the ballet. The ballet’s title alludes to the American idiom, “don’t take wooden nickels,” a warning to protect oneself from swindling and manipulation. Set in the roaring ‘20s with art deco stylings, Wooden Dimes follows two characters, Betty and Robert Fine, whose love becomes jeopardized as Betty soars to stardom. Click here to see an interview with Rowe about her creative process.

Wooden Dimes will stream alongside archival captures of Alexei Ratmansky’s Symphony #9 and Yuri Possokhov’s Swimmer on Program 03 (March 4—24). Ratmansky’s Symphony #9 from Shostakovich Trilogy, co-commissioned by SF Ballet, premiered in 2012 at American Ballet Theatre and is set to Shostakovich’s Symphony No. 9 in E-flat major, opus 70. Drawing on ideas and themes from Shostakovich’s life, Symphony #9 features two leading couples and a soloist man who suggests the character of the Soviet composer. The ballet includes scenic designs by George Tsypin and costume designs by Keso Dekker. Program 03 closes with SF Ballet’s Choreographer in Residence Yuri Possokhov’s Swimmer, a smash hit at its premiere in 2015. Swimmer is set to music by SF Ballet Orchestra double bassist Shinji Eshima, who incorporates recorded songs by Tom Waits and others into his score. Inspired by John Cheever’s short story of the same name from 1964, Swimmer includes animated projections by Kate Duhamel, costumes by Mark Zappone, and scenic design by Alexander V. Nichols.

Tickets: The Premium Plus Digital Package, which offers access to all seven programs in the 2021 Digital Season in addition to bonus content, is priced at $289 and is on sale until April. Single program streams are on sale now and priced at $29 for 72-hour access. Tickets and packages may be purchased online at sfballet.org. For more information, call Ticket Services at 415-865-2000, Monday through Friday from 10 am to 8 pm, and Saturday and Sunday from 12 pm to 8 pm. Click here to view digital viewing tips.

LET’S BEGIN AT THE END
Archival capture from Saturday, May 5, 2018

The 2021 world premiere by Myles Thatcher is made possible by Lead Sponsor Mary Jo and Dick Kovacevich; Major Sponsors Brenda and Alexander Leff, and Mrs. Joyce L. Stupski; and Sponsor Kacie and Michael Renc, with additional support from the TeRoller Fund for New Productions of the SF Ballet Endowment Foundation.

The 2021 world premiere of Wooden Dimes is made possible by Grand Benefactor Sponsor Margaret and Will Hearst; Lead Sponsors Beth and Brian Grossman, Kelsey and David Lamond, and Catherine and Mark Slavonia; and Sponsors Karen S. Bergman, Brian and Rene Hollins, and Mr. and Mrs. Robert M. Smelick, with additional support from the Osher New Work Fund of the SF Ballet Endowment Foundation.

ABOUT MYLES THATCHER
Myles Thatcher is a dancer with San Francisco Ballet and a choreographer. After training at The Harid Conservatory, Ellison Ballet, and San Francisco Ballet School, he joined SF Ballet in 2010. As a dancer, he has performed principal or featured roles in many classical and contemporary ballets, including Lensky in Onegin, and Paris in the 2015 film of Tomasson’s Romeo & Juliet for Lincoln Center at the Movies’ Great American Dance. Thatcher began choreographing while a Trainee at SF Ballet School and has created five works for the School. His In the Passerine’s Clutch premiered at SF Ballet’s 2013 Repertory Season Gala; followed by Manifesto, which premiered as part of the 2015 Repertory Season; Ghost in the Machine, which premiered as part of the 2017 Repertory Season; and Otherness, which premiered during 2018 Unbound: A Festival of New Works. In 2015, Thatcher also created Passengers for The Joffrey Ballet, Polaris for New York City Ballet, and Body of Your Dreams for the Rolex Arts Weekend in Mexico City. In 2018, Thatcher’s Redbird premiered at Charlotte Ballet, and in 2020, his dance film Frontiers debuted at My Light Shines On: An Evening with Scottish Ballet. He has also choreographed for Cincinnati Ballet and Kansas City Ballet. Thatcher was selected by Alexei Ratmansky to participate in the 2014–15 Rolex Mentor & Protégé Arts Initiative. He has been nominated for Isadora Duncan Awards for Outstanding Achievement in Choreography for Manifesto and Ghost in the Machine.