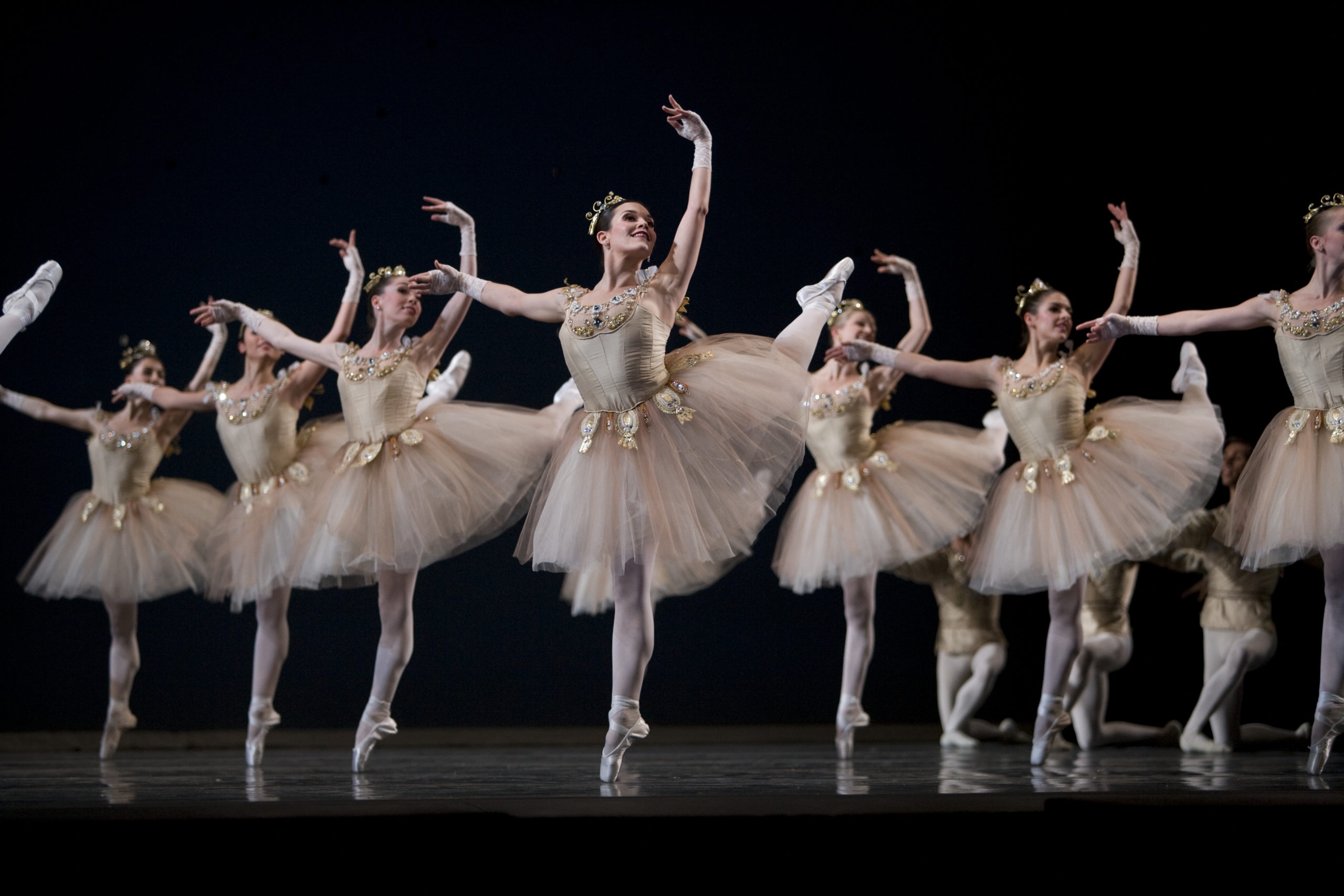 SAN FRANCISCO, December 19, 2019—San Francisco Ballet and Artistic Director & Principal Choreographer Helgi Tomasson will launch the 2020 Repertory Season with SPELLBOUND: SF Ballet’s Opening Night Gala, on Thursday, January 16, 2020. One of the Bay Area’s most anticipated annual events, the Gala, this year chaired by Patricia Dale Roberts, begins with a cocktail reception and black-tie fundraising dinner at San Francisco City Hall at 5 pm. The evening’s performance begins at 8 pm and will feature twelve pieces, including three world premieres by current and former members of SF Ballet’s Company: Val Caniparoli, Choreographer in Residence Yuri Possokhov, and Myles Thatcher. “For the first time in 30 years, I decided to ask three choreographers to create new pas de deux or pas de trois for opening night,” says Tomasson, who celebrates his record-breaking 35th season with the Company in 2020. “What connects these choreographers is that they are all close members of the San Francisco Ballet family, and they each represent a different generation of dancemaking.” Caniparoli, choreographer of the internationally-sensational Lambarena, joined the Company in 1972 before being appointed Principal Character Dancer in 1985. Yuri Possokhov, SF Ballet’s current Choreographer in Residence, danced with SF Ballet for 12 years before transitioning to choreographing full time, and now creates works for companies around the globe from the Joffrey to Bolshoi Ballet. In 2015, Myles Thatcher, a current member of the corps de ballet, became one of the first corps members in at least three decades to choreograph a new work for SF Ballet’s subscription season. He’s since created a handful of works for the Company, including Ghost in the Machine and Otherness for 2018 Unbound: A Festival of New Works.

SF Ballet’s Executive Director Kelly Tweeddale, whose first Opening Night Gala with the Company is SPELLBOUND, calls commissioning new work “essential”: “We don’t know who the next Balanchine will be,” she says. “But we have an obligation to give the choreographers, the composers, and the dancers the chance to put their mark on the art form. As a Company, it is our job to create. Audiences will determine what stands the test of time.” The world premieres by Caniparoli, Possokhov, and Thatcher are highlights of the twelve-piece program, which also includes the SF Ballet premiere of a pas de deux from David Dawson’s Swan Lake, created in 2016 for Scottish Ballet. Yuan Yuan Tan, who celebrates her 25th season with SF Ballet in 2020, will also dance the pas de deux from Yuri Possokhov’s Bells with Vitor Luiz, marking Luiz’s farewell performance with the Company. A native of Juiz de Fora, Brazil, Luiz joined the Company as a principal dancer in 2009 and was recently named an Assistant Professor of Dance at UC Irvine. SPELLBOUND’s program will conclude with the finale from Diamonds, the third of three ballets in Balanchine’s 1967 masterpiece, Jewels. Full programming details are included below.

Chaired by Patricia Dale Roberts, SPELLBOUND begins at 5pm with a cocktail reception and 6pm dinner at San Francisco City Hall, followed by the 7 pm Scharffenberger Cellars Sparkling Stroll and the 8 pm performance at the War Memorial Opera House. The evening concludes with the After Party back at City Hall from 10 pm to 1 am, featuring live music and dancing, an open bar, and specialty cocktails. The Gala raises funds to benefit a wide range of SF Ballet artistic initiatives, including new works, scholarships for San Francisco Ballet School students, and community education programs for thousands of youth, families, and seniors.

Performance-only tickets are available via the Ticket Services Office at 415-865-2000, Monday through Friday from 10 am to 4 pm. To purchase dinner tickets, visit www.sfballet.org/gala.

The SF Ballet Auxiliary will host the Grand Benefactor, Benefactor, and Patron dinners in City Hall. All three dinners will have the theme SPELLBOUND. Patricia Dale Roberts is the Gala Chair and Freddi Wilkinson is the Gala Dinner Chair.

The evening begins with a cocktail reception at 5 pm in the Polk Street Lobby of City Hall for guests of the Grand Benefactor, Benefactor, and Patron dinners. The Grand Benefactor dinner will be held in City Hall’s Rotunda, and the Benefactor dinner and the Patron dinner will both be held in the North Light Court and the Mezzanine of the Rotunda. All dinners begin at 6 pm, followed by the 7 pm Scharffenberger Cellars Sparkling Stroll.

The Opening Night Gala décor is by J. Riccardo Benavides of Ideas Events & Rentals and lighting by Immersive Productions with Heather Cassady Martin serving as the Décor Chair. This year’s theme, SPELLBOUND, is inspired by the magical, ethereal elements of productions in the 2020 Season, including A Midsummer Night’s Dream and Cinderella, which opens the season on January 21. San Francisco City Hall will be transformed—with incandescent lighting, bold fabrics, and lush floral arrangements—creating a breathtaking atmosphere that evokes a night filled with magic and wonder.

The Presenting Sponsor for the evening is Osterweis Capital Management. The Benefactor Dinner Sponsor is KPMG and the Patron Dinner is sponsored by JPMorgan Chase & Co. The Cocktail Reception Sponsor is Gibson, Dunn, & Crutcher, LLP. Haute Living is the Media Sponsor. The Benefactor Party Host is Troon Pacific, Inc. The Launch Party was hosted by Rodney Strong Vineyards.

For those attending the Gala performance only, the Sparkling Stroll (featuring complimentary sparkling wine for all performance ticket holders) will begin at 7 pm in the War Memorial Opera House Main Lobby.

The After Party will be held in San Francisco City Hall from 10 pm to 1 am. The After Party celebration will feature lavish décor, live music by Pop Rocks and students from San Francisco Conservatory of Music, DJ Chris Clouse, a photo booth by mirmir photo™, as well as an open bar, and late-night fare by McCalls Catering & Events.