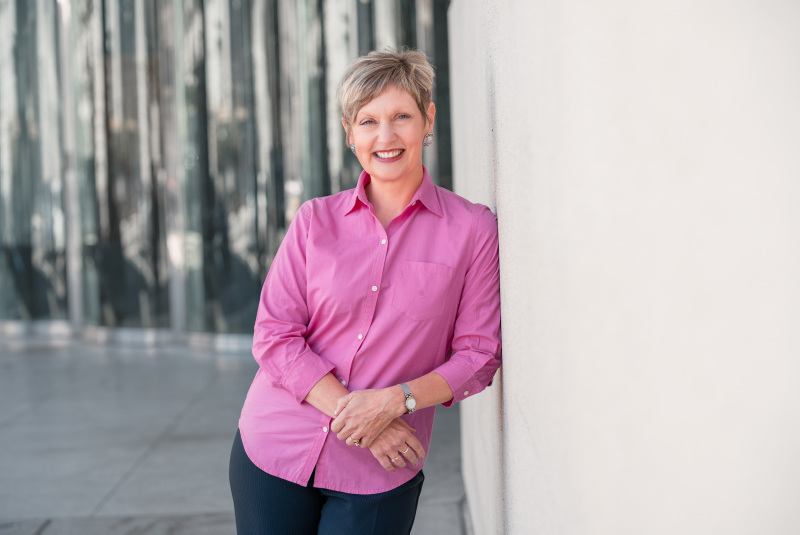 SAN FRANCISCO, Wednesday, June 5, 2019—San Francisco Ballet Board of Trustees has named Kelly Tweeddale as the organization’s next Executive Director. The search committee, led by Chair of the SF Ballet Board of Trustees Carl F. Pascarella, made the unanimous recommendation to the Board after a five-month international search. Tweeddale has held previous executive positions at Seattle Opera and currently serves as President of Vancouver Symphony and VSO School of Music. Kelly Tweeddale assumes her new role at San Francisco Ballet on September 3, 2019.

“We are extremely fortunate to have Kelly joining the Ballet in this critical role. Her vision and track record in leading major strategic projects that propels arts organizations into a future with growing audiences, community involvement, and sustained revenue will lead SF Ballet into an expanded era of financial and operational growth,” says Pascarella. “On behalf of the Board of Trustees I sincerely welcome Kelly to join us in furthering our mission, to share the joy of dance with the widest possible audience, to provide the highest caliber of dance training in our School, and to further our commitment to diversity, equity, and inclusivity in the field of dance.”

Speaking from the Company’s current engagement at Sadler’s Wells in London, Artistic Director and Principal Choreographer Helgi Tomasson shared: “I am very pleased to welcome Kelly to San Francisco Ballet. She brings an impressive caliber of arts leadership experience to oversee the administrative and operational aspects of the organization.” Tomasson added, “I look forward to working closely with her as we continue to grow the mission and artistic reputation of the Company.”

“I am thrilled to be joining San Francisco Ballet, having long admired its artistic achievements and its exemplary role in pushing the boundaries in dance. Helgi’s commitment to excellence and the Company’s reputation as an international ambassador of San Francisco’s diverse and forward-thinking community resonate with my belief that the arts have never had a more important mandate than to create connections between people and ideas both locally and globally,” said Tweeddale. “I look forward to working with the Board of Trustees, Helgi and the Artistic team, the Company, the Administrative Staff, and all of Company’s dedicated supporters, to lead the organization into its next chapter of growth. I am also looking forward to working collaboratively with San Francisco’s dynamic arts community, because as we all know, a thriving arts community is the bellwether of a great city.”

Tweeddale replaces Glenn McCoy, who retires at the end of this month after a 32-year career with the Company.

About Kelly Tweeddale
Kelly Tweeddale’s 30-year career leading arts organizations throughout North America has encompassed remarkable achievements in audience building, sustained revenue growth, and innovation. Tweeddale became President of the Vancouver Symphony and VSO School of Music in November 2015. Over the course of her tenure, the organization has seen an increase in earned revenues by 35%, contributed revenues by 28%, and growth in endowment assets by 72%. She has overseen major projects including the organization’s centennial celebration, the appointment of a new Music Director, and the expansion of its performance season to 42 weeks producing over 170 concerts between September and July. She recently successfully negotiated an experimental live streaming agreement with the Canadian Federation of Musicians representing all Canadian Orchestras, promising a new model of digital engagement. Tweeddale has also led the VSO School of Music, one of the only North American purpose-built music schools to leverage the mentorship opportunities available with a professional orchestra. Tweeddale’s career has had one focal point: connecting people and places through the performing arts.

Prior to joining the VSO, she was the Executive Director of Seattle Opera, where she was responsible for transforming its performance facility, McCaw Hall, in partnership with the Seattle Center and Pacific Northwest Ballet into one of the finest opera and ballet performance facilities in America. Tweeddale was responsible for the planning and public/private fund development for its new administrative and rehearsal facility: Seattle Opera at the Center, which opened in December 2018. She worked in close partnership with opera impresario Speight Jenkins into positioning Seattle Opera as not only one of the preeminent Wagner companies in North America, but a company with one of the highest per capita opera attendance in the United States.

Tweeddale has held leadership positions with The Cleveland Orchestra and the Seattle Symphony during times of great audience growth and organizational transformation and has served as an adjunct professor for Seattle University’s graduate program for Arts Leadership.  She was one of the founding board members of the Tessitura Network and has a long history of enhancing audience engagement in the arts through technology and practice. A deep advocate for women in leadership, she regularly speaks on the topic and has been recognized for her acumen in 2019 by the Metro Vancouver YWCA Women of Distinction Awards and in 2011 as a Puget Sound Business Journal Women of Influence awardee.

Tweeddale studied with Ruthanna Boris, a former Balanchine protégé as she pursued her degree in Communications and Advertising at the University of Washington. Her first administrative arts role was with an improvisational dance company in the early 1980s that produced impromptu performances long before pop-up performances and flash mobs were a trend. She and her husband have one grown daughter, who studied ballet at Pacific Northwest Ballet School and performed various student roles in its annual Nutcracker performances.

San Francisco Ballet
San Francisco Ballet, long recognized for pushing boundaries in dance, has enjoyed a long and rich tradition of artistic “firsts” since its founding in 1933, including performing the first American productions of Swan Lake and Nutcracker, as well as the first 20th-century American Coppélia. SF Ballet is one of the three largest ballet companies in the United States and currently presents more than 100 performances annually, both locally and internationally. The mission of SF Ballet is to share its joy of dance with the widest possible audience—in its community and worldwide—and to provide the highest caliber of dance training in its School. Under the direction of Helgi Tomasson, the Company has achieved an international reputation as one of the preeminent ballet companies in the world.