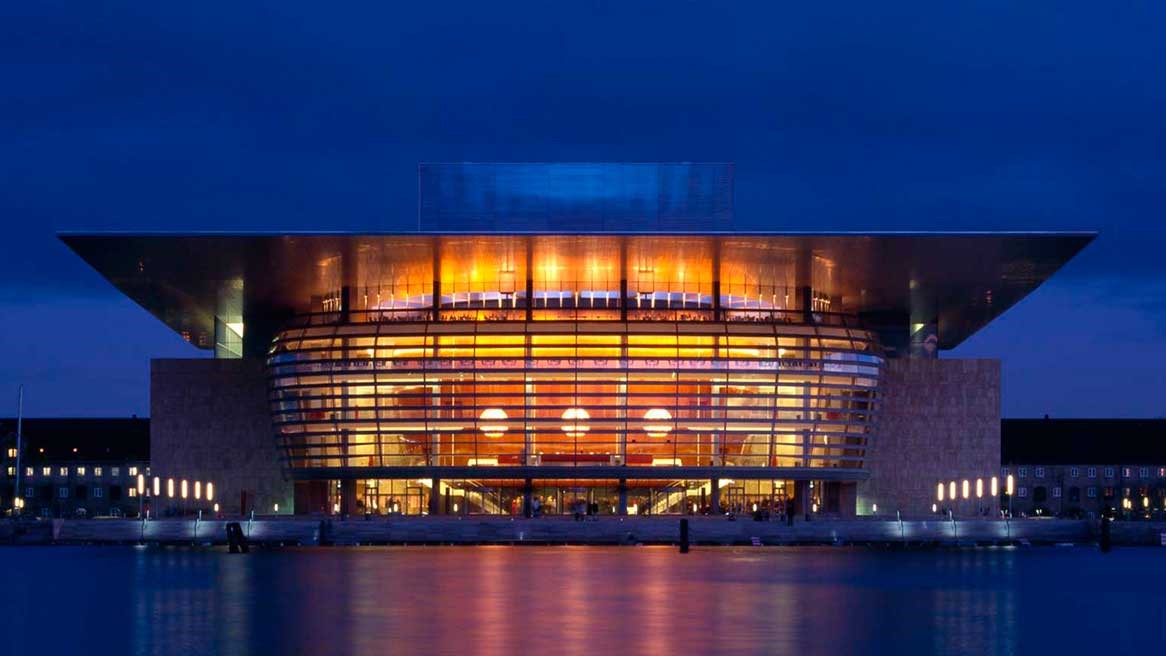 SAN FRANCISCO, May 13, 2019— San Francisco Ballet (SF Ballet) is presented by The Royal Danish Ballet at The Royal Danish Opera House in Copenhagen, Denmark, October 30–November 2, 2019, with four performances of Artistic Director and Principal Choreographer Helgi Tomasson’s Romeo & Juliet, set to Sergei Prokofiev’s lush and evocative score of the same name. The tour marks the Company’s first appearance at The Royal Danish Opera House, which was designed by Danish architect Henning Larsen and publicly inaugurated in 2005. Resting on the Holmen waterfront and boasting a floorplan of nearly half a million square feet, the neo-futuristic opera house is one of the city’s largest and most distinct buildings.

“I am thrilled the company is returning to Copenhagen after nearly a decade to share this beautiful production with Danish audiences” says Tomasson. “This visit is also significant—the creation of this ballet was a cherished collaboration between me and Danish designer Jens-Jacob Worsaae, the creator of the ballet’s sets and costumes. I’m also pleased we are going at the invitation of my friend and colleague Nikolaj Hübbe and know we will be warmly welcomed by The Royal Danish Ballet.” Tomasson’s Romeo & Juliet premiered in SF Ballet’s 1994 Repertory Season. The full-length production, called “visually stunning” by the San Francisco Chronicle, features lighting design by Thomas R. Skelton. Jens-Jacob Worsaae’s scenic and costume designs mark Tomasson’s final collaboration with the designer, who passed away shortly after the work’s premiere. Shakespeare’s story of ill-fated lovers is illuminated through Tomasson’s classical choreography, which is sharp and spirited in times of triumph, solemn and lyrical in times of loss, and sensual in moments of romantic passion. SF Ballet Music Director & Principal Conductor Martin West conducts Prokofiev’s score from 1935—a hallmark of orchestral repertoire.

Helgi Tomasson’s Romeo & Juliet inaugurated Lincoln Center at the Movies: Great American Dance in 2015, when it was shown at cinemas nationwide. The ballet has performed at The John F. Kennedy Center for the Performing Arts, the Bolshoi Theatre (balcony pas de deux), and Segerstrom Center for the Arts, and the production returns to War Memorial Opera House in the 2020 Repertory Season. The 2019 tour marks a welcome return to Copenhagen for SF Ballet, which was last presented in the city in 2010 at Tivoli Concert Hall.

San Francisco Ballet Artistic Director and Principal Choreographer Helgi Tomasson is one of the supreme classical dancers of his generation and has led San Francisco Ballet for 34 years, making him the longest-serving sole artistic director of a major ballet company. Born in Iceland, he danced with Harkness Ballet, The Joffrey Ballet, and New York City Ballet, where he distinguished himself as a dancer of technical purity, musicality, and intelligence. Tomasson assumed leadership of SF Ballet in 1985. Under his direction, SF Ballet has developed into a Company widely recognized as one of the finest in the world. Tomasson has balanced devotion to the classics with an emphasis on new work, cultivating frequent collaborations and commissions with renowned choreographers such as William Forsythe, Christopher Wheeldon, Alexei Ratmansky, and Mark Morris, among many others. He has choreographed more than 50 works for the Company, including full-length productions of Swan Lake, The Sleeping Beauty, Romeo & Juliet (taped for Lincoln Center at the Movies’ Great American Dance), Giselle, and Nutcracker (taped for PBS’s Great Performances). He conceptualized the 1995 UNited We Dance festival, in which SF Ballet hosted 12 international companies; the 2008 New Works Festival, which included 10 world premieres by 10 acclaimed choreographers; and the 2018 Unbound: A Festival of New Works. Tomasson has also piloted co-commissions with American Ballet Theatre, The Royal Ballet, and Dutch National Ballet; and major tours to Paris, London, New York City, China, and his native Iceland.

San Francisco Ballet, long recognized for pushing boundaries in dance, has a history of making history. The Company has enjoyed a long and rich tradition of artistic “firsts” since its founding in 1933, including performing the first American productions of Swan Lake and Nutcracker, as well as the first 20th-century American Coppélia. SF Ballet is one of the three largest ballet companies in the United States.  It currently presents more than 100 performances annually, both locally and internationally. The mission of SF Ballet is to share its joy of dance with the widest possible audience—in its community and worldwide—and to provide the highest caliber of dance training in its School. Under the direction of Helgi Tomasson, the Company has achieved an international reputation as one of the preeminent ballet companies in the world. For more information visit sfballet.org.

Casting for Romeo & Juliet will be available here at least one week before each performance.

Please contact You You Xia, Director of Communications, at yxia@sfballet.org for high-res images and press inquiries.

San Francisco Ballet’s engagement at The Royal Danish Opera House is made possible in part by Denise Littlefield Sobel and the Barbro Osher Pro Suecia Foundation.