Taking class in the kitchen of my small studio apartment is never something I thought I would do. However, since the shelter-in-place order started, dancers everywhere have taken to their kitchens, balconies—anywhere there is something to hold onto—to continue this daily routine. All of this while listening to the sound of a not fully synced pianist, watching the video of a not fully synced teacher, restarting my router, and navigating a whole host of spacing issues. It became rather infuriating.

When Harlequin Floors provided SF Ballet dancers with marley to make it easier to take class at home, I wondered if there wasn't a more inspiring way to use it. One day during a Zoom happy hour, Diego Cruz suggested that I take the marley and do something that involved biking since I had been cycling a lot. Immediately I started to think about what I could make. 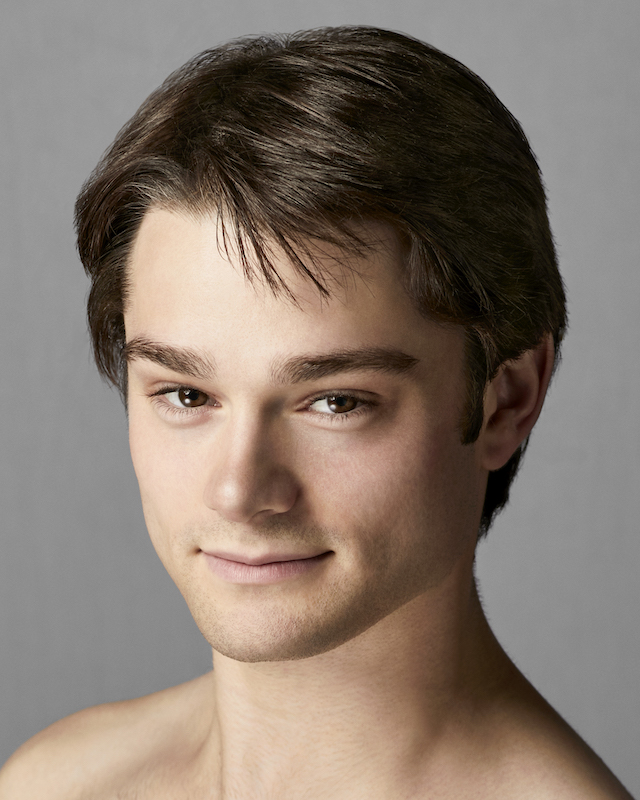 I brought up a video idea the next day to my dad, who is head of the music department at the University of Rhode Island. He offered to compose a short piece for the video. I contacted SFB dancer Myles Thatcher to see if he would choreograph and [SFB Music Director & Principal Conductor] Martin West to see if some Orchestra members could record the piece. A few weeks later, Martin had mixed trumpeter Joseph Brown, oboist Laura Griffiths, and contrabass player Jonathan Lancelle’s recordings together. With one socially distanced, masked rehearsal on the grass of the parade ground in the Presidio, all that was left to do was shoot.

Alexander Reneff-Olson and I mapped out the locations and came up with a plan—three days worth of shooting, each in a different area and at a different time of day. With help from Liz (Elizabeth Mateer) and Alex’s sister Valentina, we started to film. I would bike with the marley, and they would drive with the camera equipment keeping our distance and shooting everything I wanted to get filmed. I biked all around the city with the Harlequin marley on my back (which I don’t advise anyone to do, but it definitely wasn’t fake!). On the last day of shooting, as we waited for the sun to go down and the lights on Pier 7 to turn on, we all got to enjoy some banana bread. I definitely think it gave me the ability to do my first double tour in almost two months while dealing with the cold wind and an uneven surface.

It was such a pleasure to work with everyone on this project. Before this, I had never worked on a project with my dad that used both of our professions; that alone has been a great experience. I’ve also never made a video on this scale before, and I’m happy I got to collaborate with such a talented group of people. Without the situation we are currently in, I don’t think there would have been a way to bring all of these artists—my dad, Martin, the incredibly talented musicians we have here in the SFB Orchestra—together. On top of that, I had the opportunity to collaborate with my coworkers Myles and Alex in a different way from when we are at the studios. In the end, the quality of art in which they have all produced has been really inspiring to me. I hope everyone can enjoy this fun little video, and I know we all can’t wait to get back out there to perform for you again.

Taking It Up a Gear

The past few months have been an uneasy time for everyone across the world. For dancers, having to stop mid-way through our seasons, along with the uncertainty of when we will be able to return to the stage again, can get a bit overwhelming sometimes. Because I found it hard to focus on this passion that I'm not really able to pursue, I decided it would be good to look for something I could. Something that under normal circumstances I wouldn't be able to do.

I used to run half marathons when I was dancing with Tulsa Ballet. I always wanted to push to see what my limits were physically. However, as a professional dancer, rehearsals and performances are my first priority. Going into the studio and barely being able to jump because of the intervals I did the day before isn't going to go over very well. I also got my first road bike last summer. I started by using it to commute, and eventually found myself doing loops in Marin on the weekends. So, when SF Ballet's studios were closed and performances were cancelled, this idea came into my head: What if I trained like a pro-cyclist?

The first step was building up a base—riding three to five hours a day (around 50 to 80 miles) six days a week for almost two months. I began to notice the effects physically and mentally. For me, riding through parts of Northern California became a form of meditation. As the weeks passed, I started to think about what was the main event that this base was built for. I knew I wanted it to be something that I didn't have the chance to attempt before this, or possibly again until after I retire. However, cycling doesn't have marathons or clear-cut distance milestones. There is of course the century (riding 100 miles in a single trip), but I wanted something more. Scrolling through YouTube, I started watching a video by Phil Gaimon in which he talked about "Everesting." I knew right away that was the epic thing I was looking for.

The rules are simple: pick a road leading up a hill or mountain and ride up and down until the accumulative elevation is equivalent to summiting Mt. Everest. There's no limit on time or number of stops, but you can't sleep and must descend the same way you went up. I decided after riding a few of my favorite climbs to choose a route starting at Pantoll Campground and finishing at the West Peak of Mt. Tamalpais. The attempt will be 29 laps, with a distance of 160 miles and an elevation gain of 29,029 feet (8,848 meters).

I not only want to attempt this to continue to explore my physical and mental limits, but I also want to use this event to raise money for San Francisco Ballet. Not being able to perform means an extreme loss of revenue for the company. I also think people who aren't familiar with ballet sometimes don't fully know how physically demanding it is. So this is a fun challenge, taking the physicality of a dancer and applying it to a sport like cycling. I'm excited to see where it goes! I hope you'll join me on my journey and consider donating to SF Ballet—any amount helps!

On behalf of all the dancers and staff of San Francisco Ballet, we thank you for your support, and we truly can't wait to get back and perform once again!