In California, Bears Are Everywhere, Including Nutcracker

The grizzly bear is one of California’s most enduring symbols, adorning the state flag and state seal. So it’s not surprising that over 75 years and 5 productions, San Francisco Ballet’s Nutcracker has featured at least 3 different dancing bears.

In the 1967 Lew Christensen production, designed by Robert O’Hearn, the bear appeared as part of the party scene, as an entertaining gift from Herr Drosselmeyer.

When the SF Ballet ran into financial difficulties in 1974, the steadfast bear even took to the streets of San Francisco to raise money for “Save Our Ballet.”

The 1986 production, designed by Jose Varona, also featured a dancing bear in the party scene. This bear, with a tambourine and jaunty hat, became an iconic part of the holiday production for a generation of dance-goers. 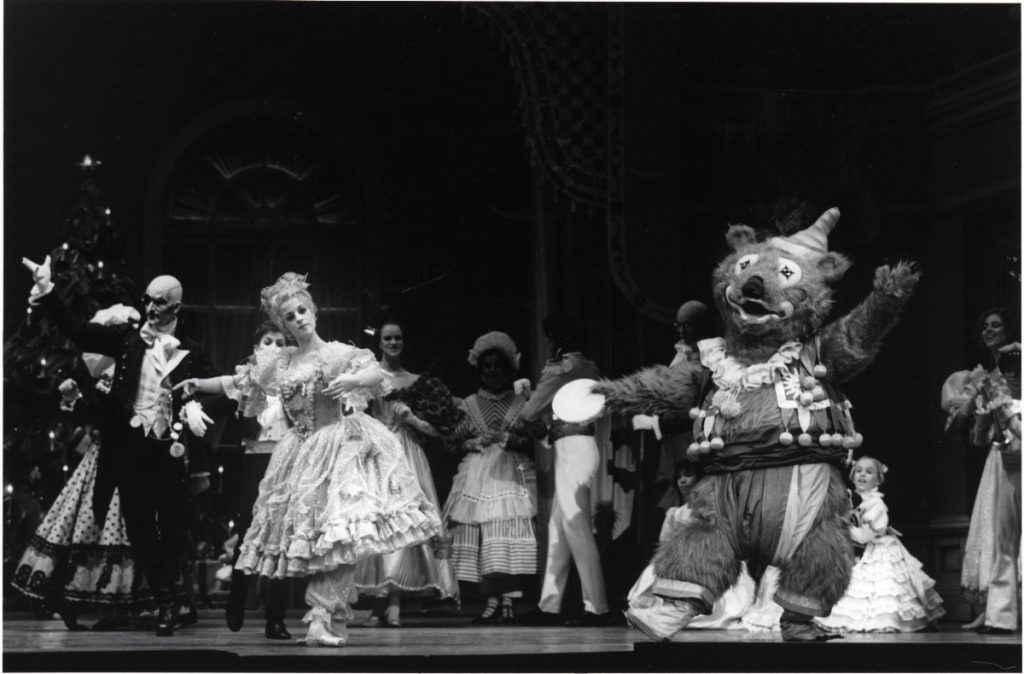 In San Francisco Ballet’s current production of Tomasson’s Nutcracker, designed by Martin Pakledinaz, the bear is coaxed out from under Madame du Cirque’s skirt, after which he dances with the buffoons, even clapping his heels together in a handstand, to the delight of all.

Nutcracker By the Numbers

Your Ultimate Guide to Nutcracker