Benjamin Millepied’s Appassionata is part of the 2020 Repertory Season. It will be performed as part of Program 06, Present Perspectives, which runs March 26–April 5.

Elegant precision becomes passionate abandon over the course of one tempestuous evening in Benjamin Millepied’s Appassionata. Set to Beethoven’s Piano Sonata #23 (also known as the Appassionata), the ballet follows the music’s structure, with two dramatic movements for three couples and an intimate duet. The ballet starts with formality and decorum; as the hour gets late the costumes become less structured, pointe shoes are swapped for ballet slippers, and the women’s hair comes down. “It does get a little more wild as it goes on,” says Janie Taylor who, with Sebastien Marcovici, staged the work for San Francisco Ballet. 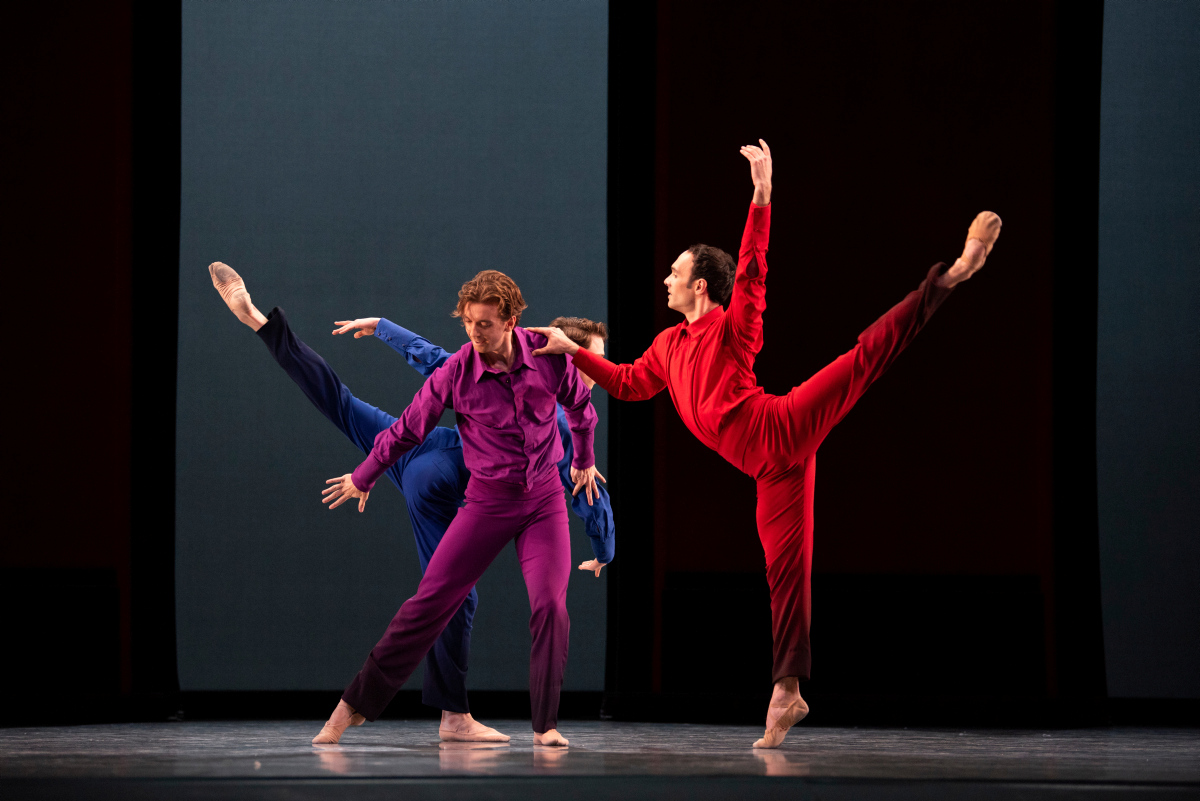 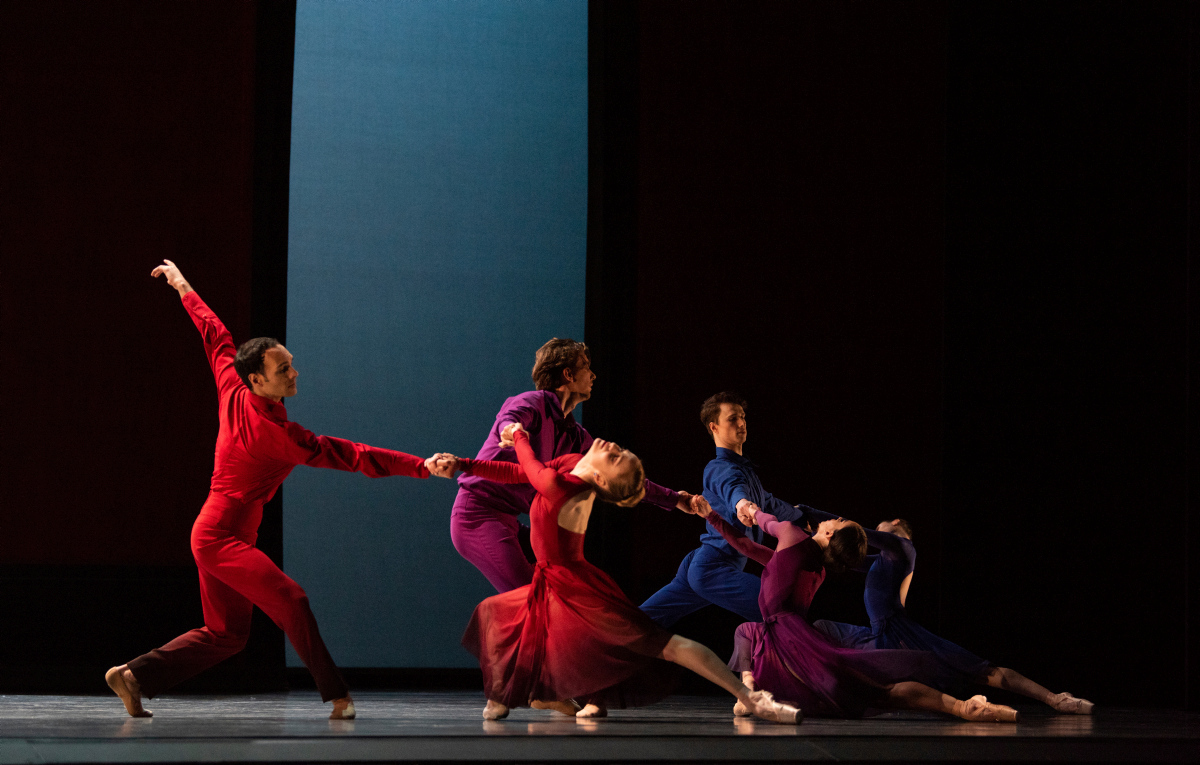 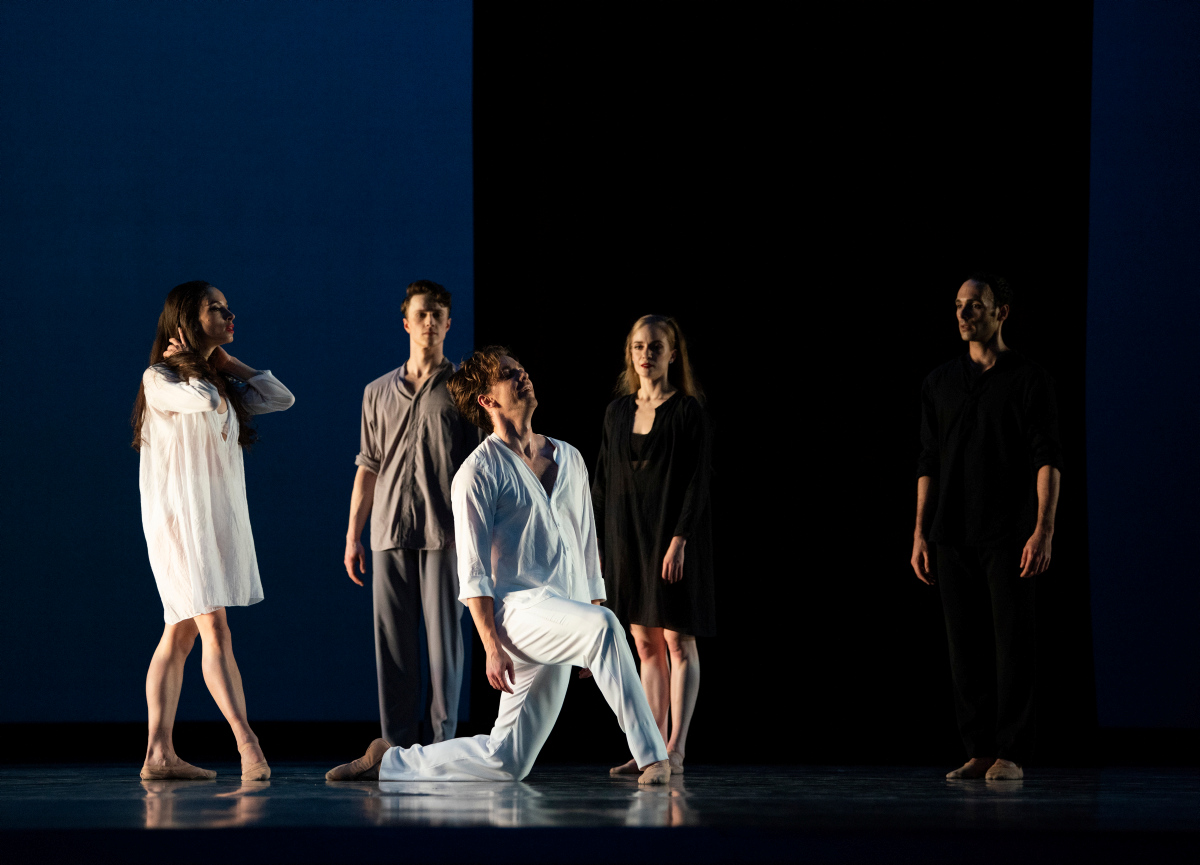 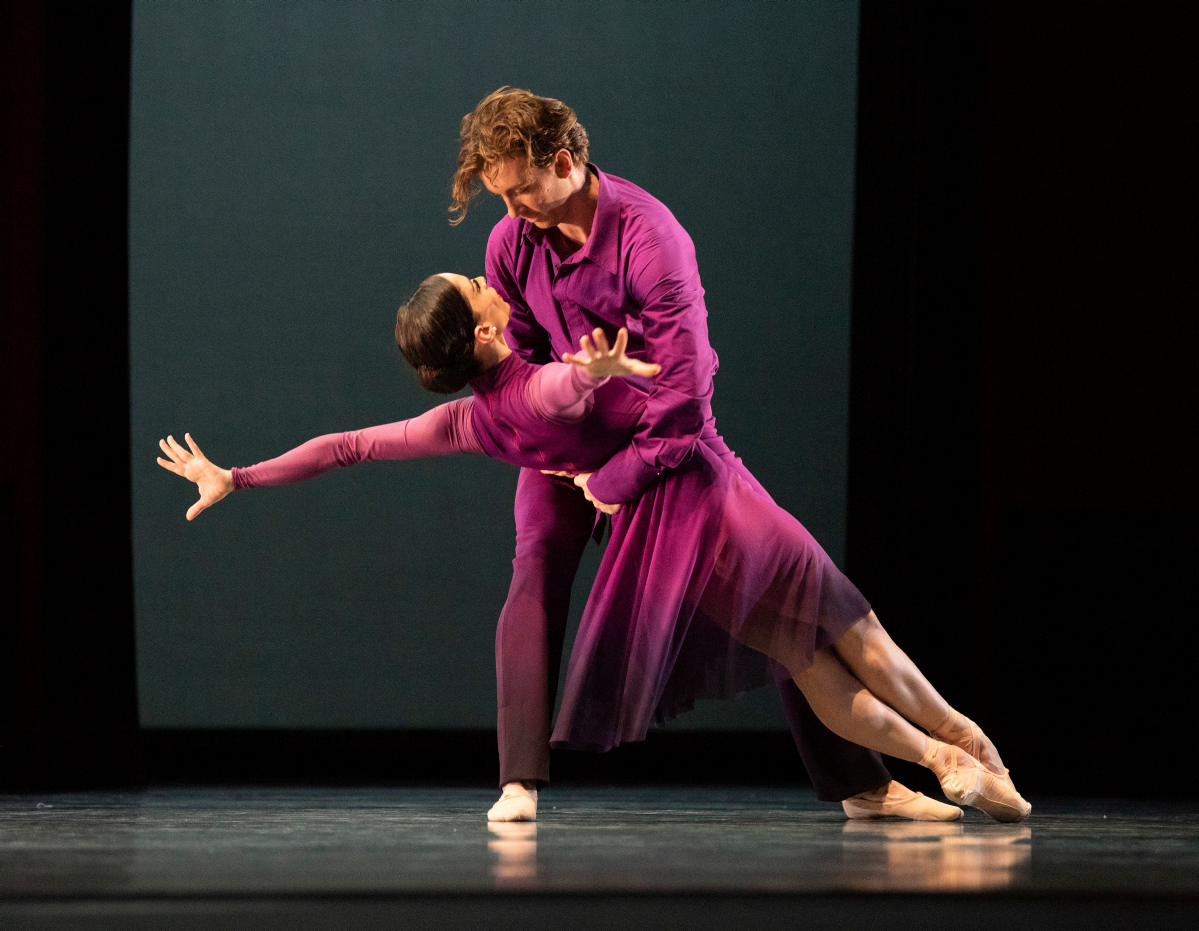 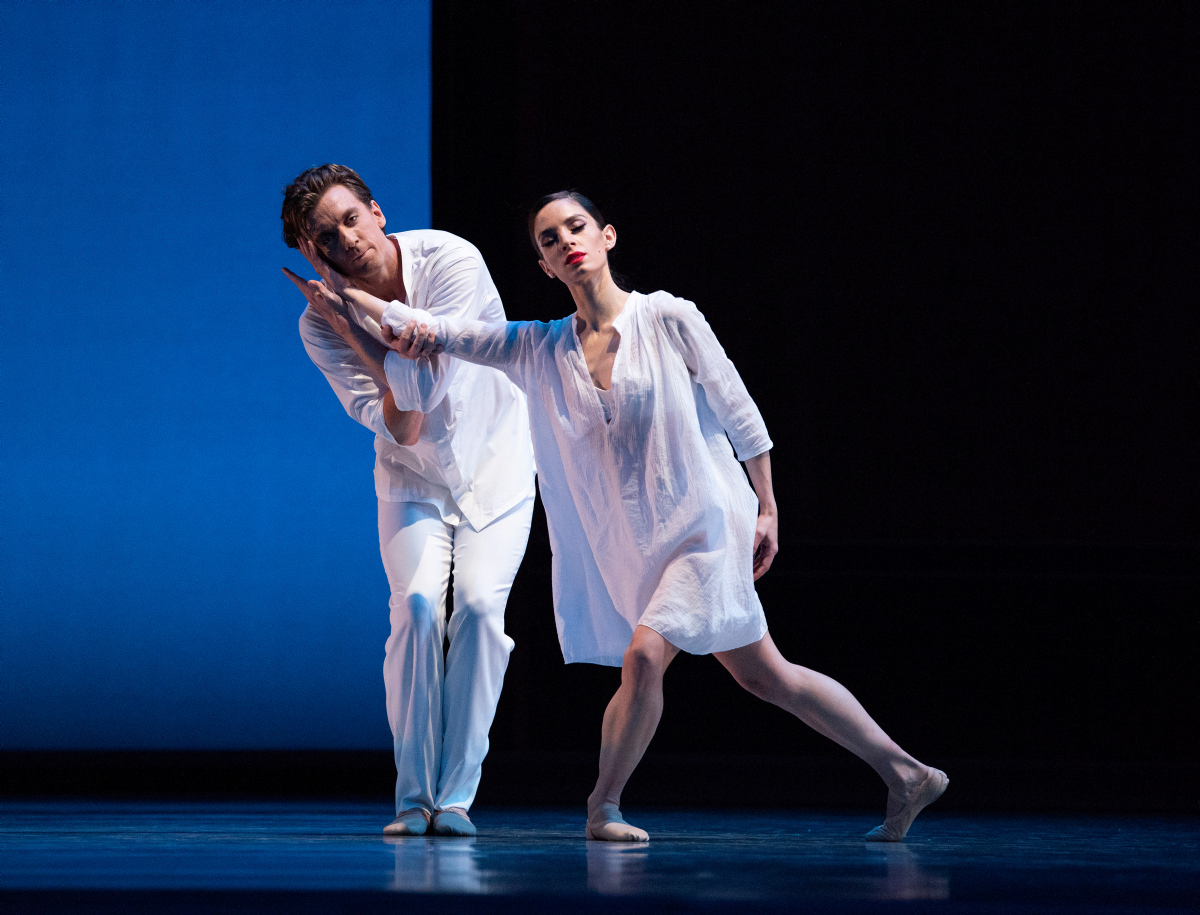 This aesthetic journey of disciplined perfection to creative spontaneity happens also to echo the progression of Millepied’s career. After more than a decade as a principal dancer with New York City Ballet, Millepied shifted into choreography, working for ballet companies worldwide as well as on the film Black Swan. When he choreographed Appassionata in 2016, he was the director of Paris Opera Ballet—one of the most prestigious jobs in the field. The day before the ballet’s premiere, Millepied announced his resignation, frustrated by the slow pace of change at the venerable institution. With his wife, actor Natalie Portman, Millepied returned to Los Angeles, where he currently directs L.A. Dance Project, a contemporary dance company he founded in 2012, and collaborates on film and digital projects.

Appassionata is less a reflection of that turbulent time than a response to one of Beethoven’s most beloved piano sonatas, says Taylor, who danced with Millepied at New York City Ballet and now works for L.A. Dance Project: “Benjamin is definitely a music-driven choreographer,” she notes. Beethoven’s Appassionata, complex and mysterious, notoriously difficult to play, has been massively popular since it was published in 1807. He wrote the music during his “middle” period when, aware of his impending deafness, he had a surge of creativity, bursting away from conventional classicism (sound familiar?) into new realms of imagination so profound they helped to usher in the Romantic Era of music. Appassionata tested the limit of the five-octave pianoforte of Beethoven’s time with storms of notes that crash up and down the keyboard like a hurricane. Millepied’s choreography, fast and expansive with ever-shifting groups of dancers, matches Beethoven’s fervor. Dancers soar and fall with the same urgency as the cascading notes, and feet quiver to trills in the music. “It really needs to move, move, move,” says Millepied during a rehearsal at SF Ballet. “Make it wilder.”

There are also moments of stillness in the ballet. A recurring musical motif is both familiar and ominous—the Da-Da-Da-DUM later made famous in Beethoven’s Fifth Symphony. As a dancer pauses, this “knocking” motif brings another onstage, then repeats, hanging in the air between them like a question.

In addition to teaching the ballet’s steps, Taylor and Marcovici are also charged with illuminating Millepied’s choreographic style. “Benjamin’s movement quality can be fluid and free, but it also requires a certain clarity,” says Taylor. “That can be difficult because clarity to a ballet dancer can mean something that’s really exact. So it’s helping them find the balance between showing a step clearly, but also letting it move and bend and not feel constricted.”

In rehearsal Millepied urges the dancers to be more spontaneous—and to focus on phrasing the movement to illuminate the subtleties of the music. “It needs to make more of a statement,” he says. “Just do one thing at a time. You’re in your pirouette and you’re running late—so what? I’d rather you be late. Then you have to accelerate, and then you’re alive.”

And, of course, it’s about relationships. “Benjamin likes there to be a human aspect in his pieces,” explains Taylor. “He wants dancers to interact with each other onstage in a very human way.” Nowhere is this more evident than in the second movement. Millepied watches closely as Principal Dancers Dores André and Ulrik Birkkjaer work through the ballet’s tender and playful central duet. It’s beautifully balanced between serenity and ecstasy, intimacy and playfulness. As they finish, he smiles.

“Honestly, it didn’t look like anyone else who has done it,” he says. “And at certain moments I almost didn’t recognize my pas de deux! But I loved it. I don’t want to change anything. It’s beautiful.”

It’s this same expressiveness he asks all of the dancers to cultivate. “It’s important that you feel free,” he explains. “You’re dancing somebody’s choreography, so that’s structure that’s not yours. But within it, you have to be yourself. It should be different with every single dancer. “We want to see you,” he says emphatically. “It’s all about expression. Don’t forget that. That’s why we dance.”