About Trey McIntyre’s The Big Hunger

About Trey McIntyre’s The Big Hunger

“We all came to be in this place, at this moment, for a reason.”

“If there’s something I’m puzzling over,” says choreographer Trey McIntyre, “I tend to work it out in a dance.” Before coming to San Francisco to create The Big Hunger, McIntyre was examining the human burden of being seduced by all the things of life. “As a spiritual person, I’m always trying to refocus on the bigger picture,” he says, “and to get out of being tricked by the minutiae.”

It’s a feeling that McIntyre explores in his new work, the genesis of which is like a nesting doll, with each layer of inspiration opening to reveal yet another. While working in Australia in 2019, McIntyre encountered the Korean film Burning, itself based on a short story by Haruki Murakami. In the film, a central character talks about the Bushmen in the Kalahari Desert and their philosophy of life’s two hungers: the little hunger (a physical need for sustenance) and the big hunger (an existential search for purpose).

This duality immediately resonated with McIntyre, and so he brought it to his choreography. “Within the context of the ballet, I take the little hunger to mean all the things we create to make our reality more manifest . . . to justify and support our human-ness,” he says. “Whereas the big hunger is the need for meaning and why we’re doing all these things.” Conflict arises “when we assign big-hunger value to little-hunger pursuits,” he adds, “and because all the physical things in this life eventually crumble and fail us in the end.”

Another layer emerged when McIntyre met with designer Thomas Mika in a bar last summer to discuss sets and costumes. In trying to explain his ideas for The Big Hunger, McIntyre scanned the room, looking for a concrete example that could illuminate the ballet’s conceptual framework. He seized upon the “exit man,” the widely recognizable graphic of a green man striding toward a doorway. “It has a meaning that we all take for granted,” McIntyre explains. “It’s how you keep yourself safe if there’s an emergency. The piece is about people overattributing significance to tangible things. For instance, a bomb could go off and the stairs wouldn’t be there anymore, or in two hundred years the stairs will have crumbled, and that sign’s light will be out.” The ballet’s design features a series of rooms that decay and crumble, one by one. The symbol of the exit sign starts small, breaks, grows to dominate the space—then crumbles as well.

McIntyre also found the music for The Big Hunger while working in Australia, when he asked Queensland Ballet music director Nigel Gaynor what music he’d most like to see danced. Gaynor’s response, Sergei Prokofiev’s Piano Concerto No. 2, is dramatic, elaborate, and notoriously difficult to play. “It’s so complex and original, and somehow melodic and danceable,” says McIntyre, “but also discordant and strange, and off-putting and embracing and lovely.”

A prodigiously talented pianist, Prokofiev often wrote his piano concertos to perform himself. With this piece, he set out to compose with greater emotional depth. He wrote in his autobiography that this second piano concerto, created in his early 20s in St. Petersburg, was a reaction to critics saying his first piano concerto had “showy brilliance and certain ‘acrobatic’ tendencies.” The music that premiered in 1913 is not exactly what we hear today—Prokofiev left the score behind when he left Russia (arriving in the U.S. via Angel Island in 1918) and it was destroyed in a fire. He reconstructed the work for a 1924 performance in Paris, with significant revisions. “It almost has a jazziness to it,” says McIntyre. “And there’s certainly a sense of doom and grandeur. There are also just moments of pure joy and goofiness at the same time.” Divided into four movements, the work is monumentally challenging, with extended cadenzas and non-stop virtuosity—even Prokofiev was nervous to play it.

McIntyre took time to get to know the music, to absorb its nuances and internalize its concepts, before starting to choreograph. “Because it’s complex, I sat with the score for weeks and weeks. It’s in me for sure,” he says. “Particularly with this piece of music, I’ve got to make sure that I’ve got something to add. Why merely illustrate this Prokofiev score? So I make conscious choices to be counter, to exist alongside, even to ignore it sometimes, but I’m still always inspired by this music.”

McIntyre arrived in San Francisco to create the piece last summer with a suitcase, the music, a few concepts, and a willingness to experiment. “When I enter the studio, I have this treasure chest of research and inspiration that I can draw from,” he explains. “I’m very exacting with the dancers, but I’m also very, very improvisational myself in the moment.

“In terms of a phrase of choreography, I’ll see what I’m telling them come out differently in how their body approaches it, and that will change what happens next. That’s why I don’t work out choreography ahead of time. I know it sounds kind of ‘woo woo’—but if you just take a cosmic perspective on it, we all came to be in this place, at this moment, for a reason. My only focus is to be in that moment.” 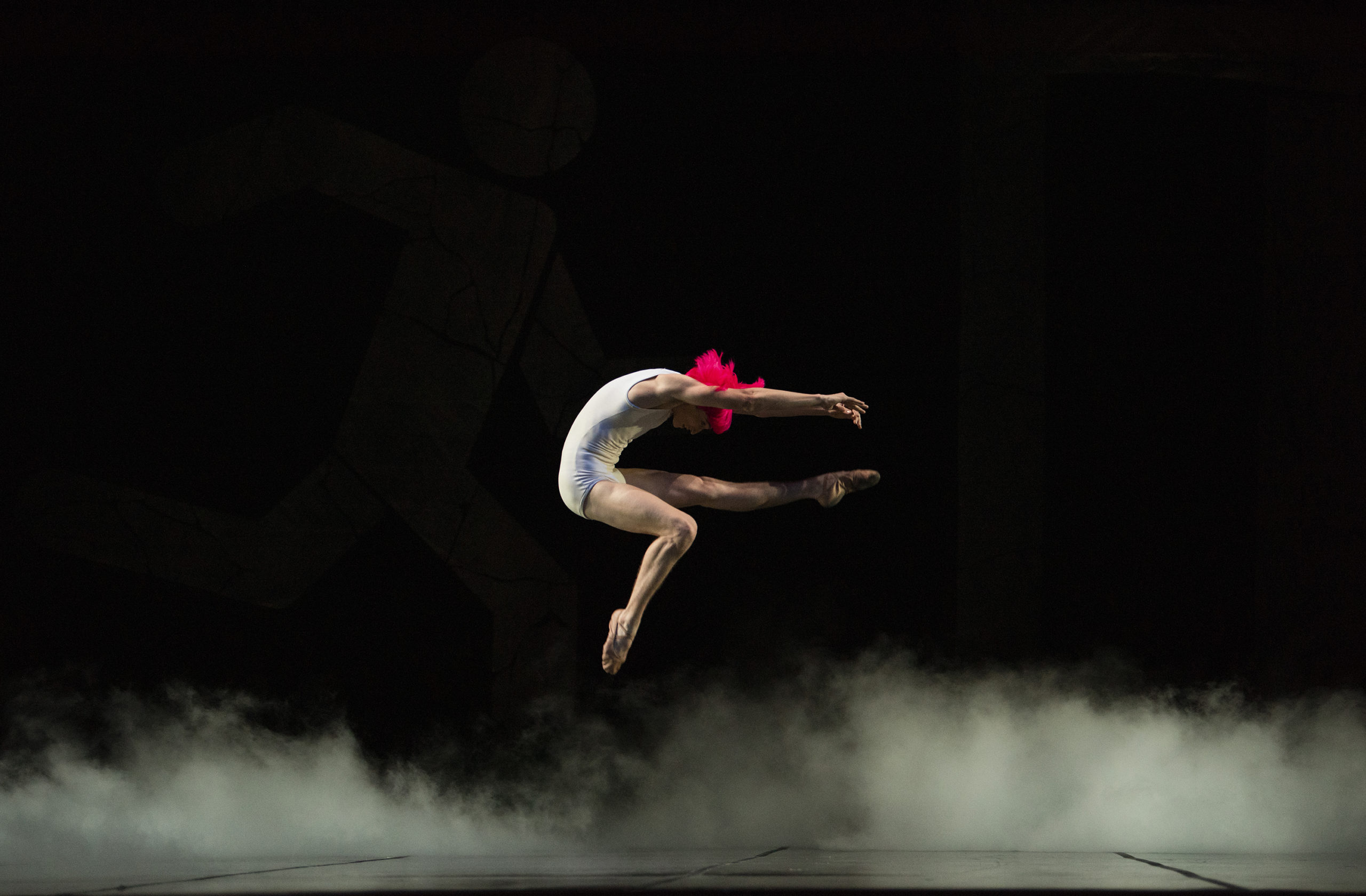 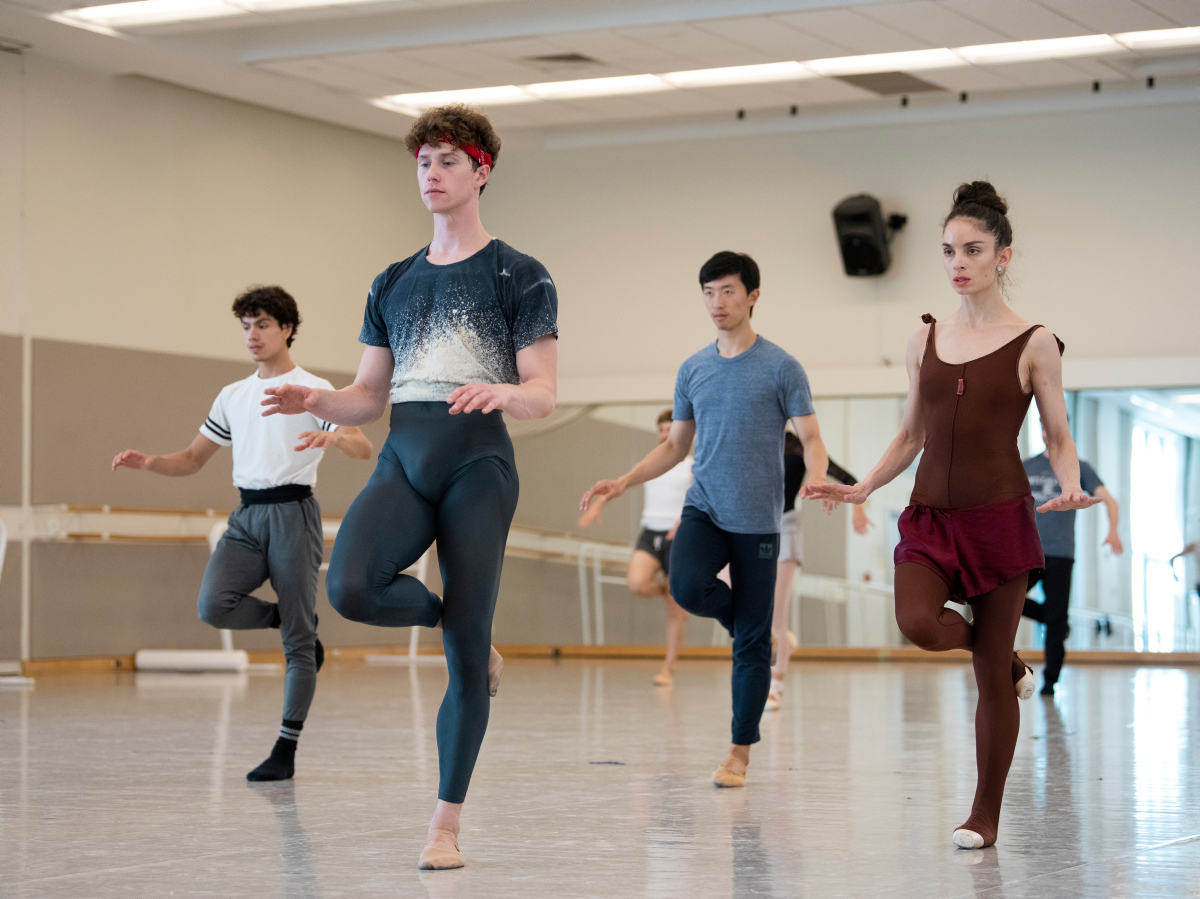 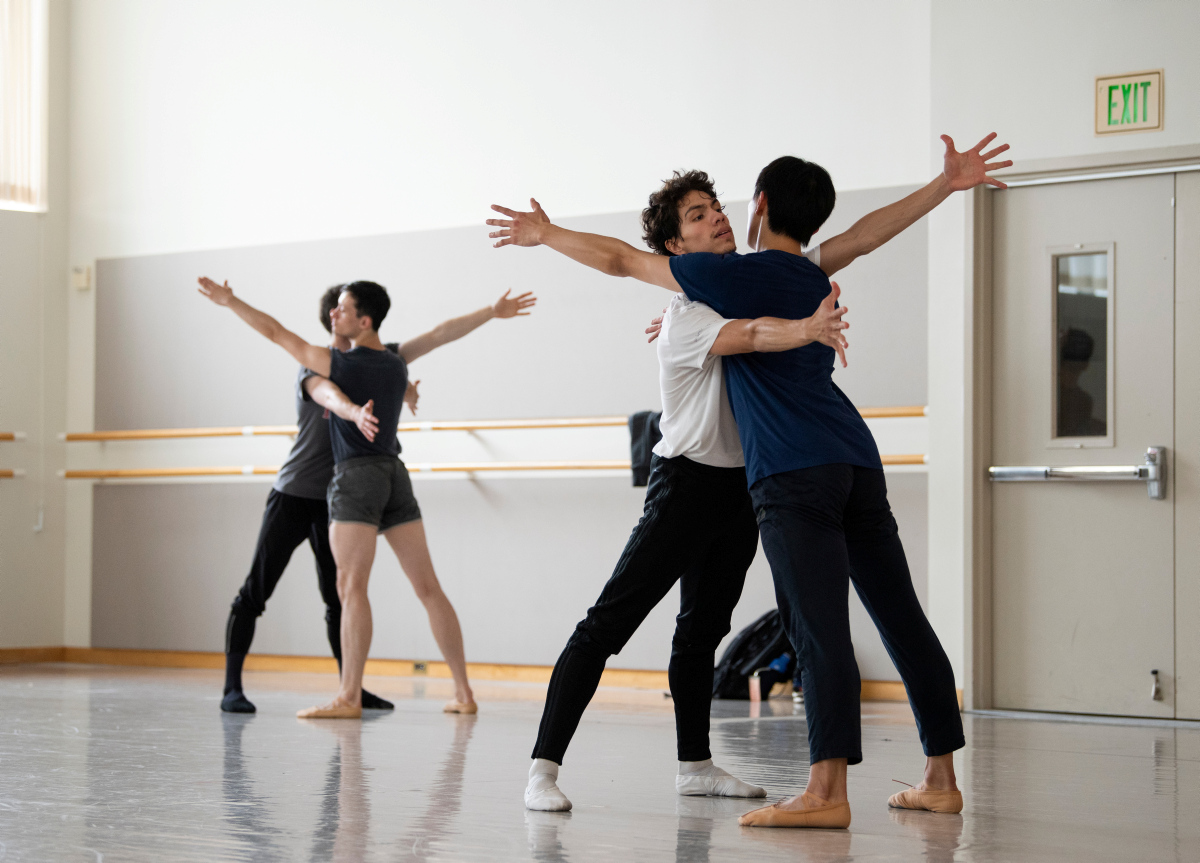 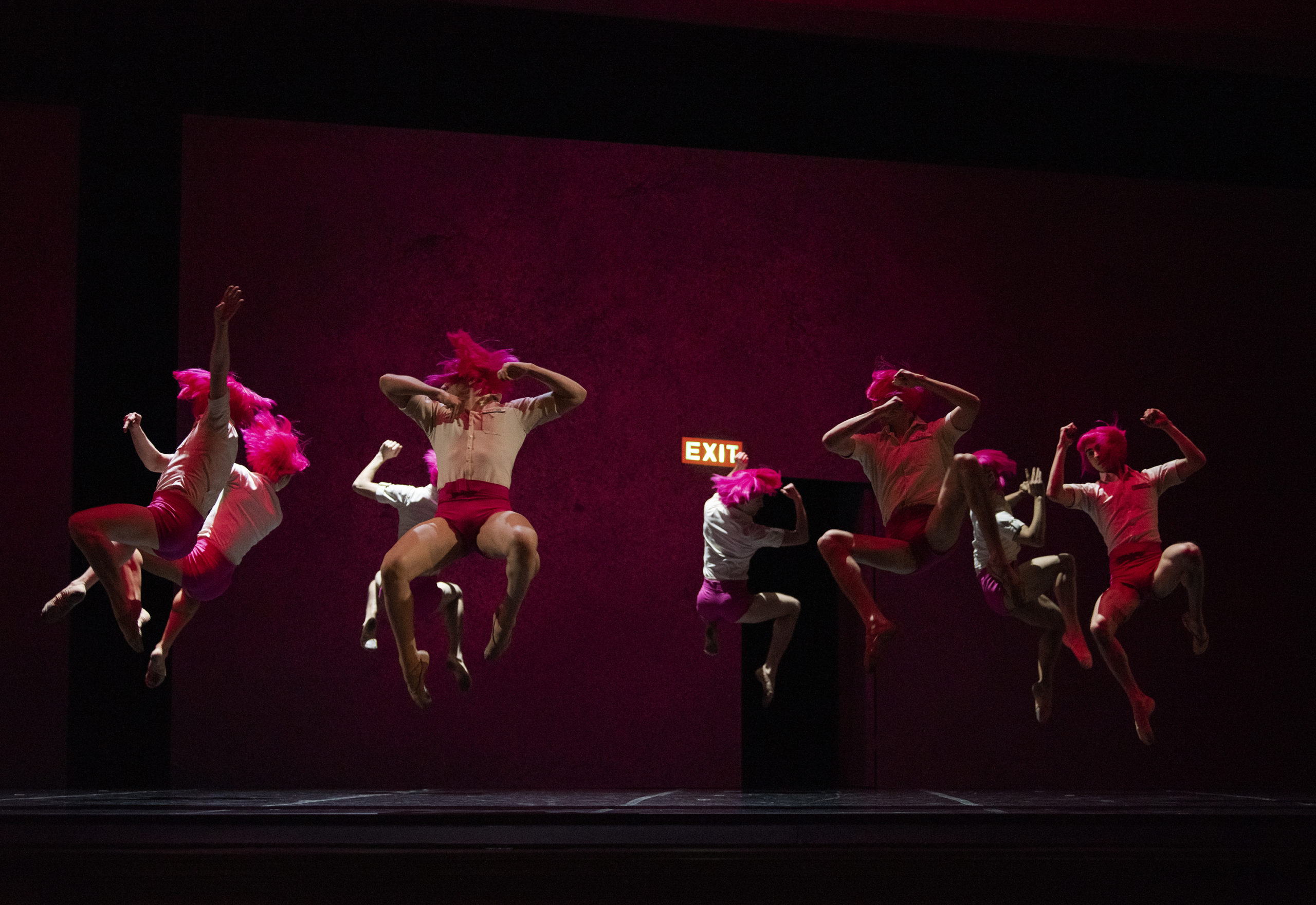 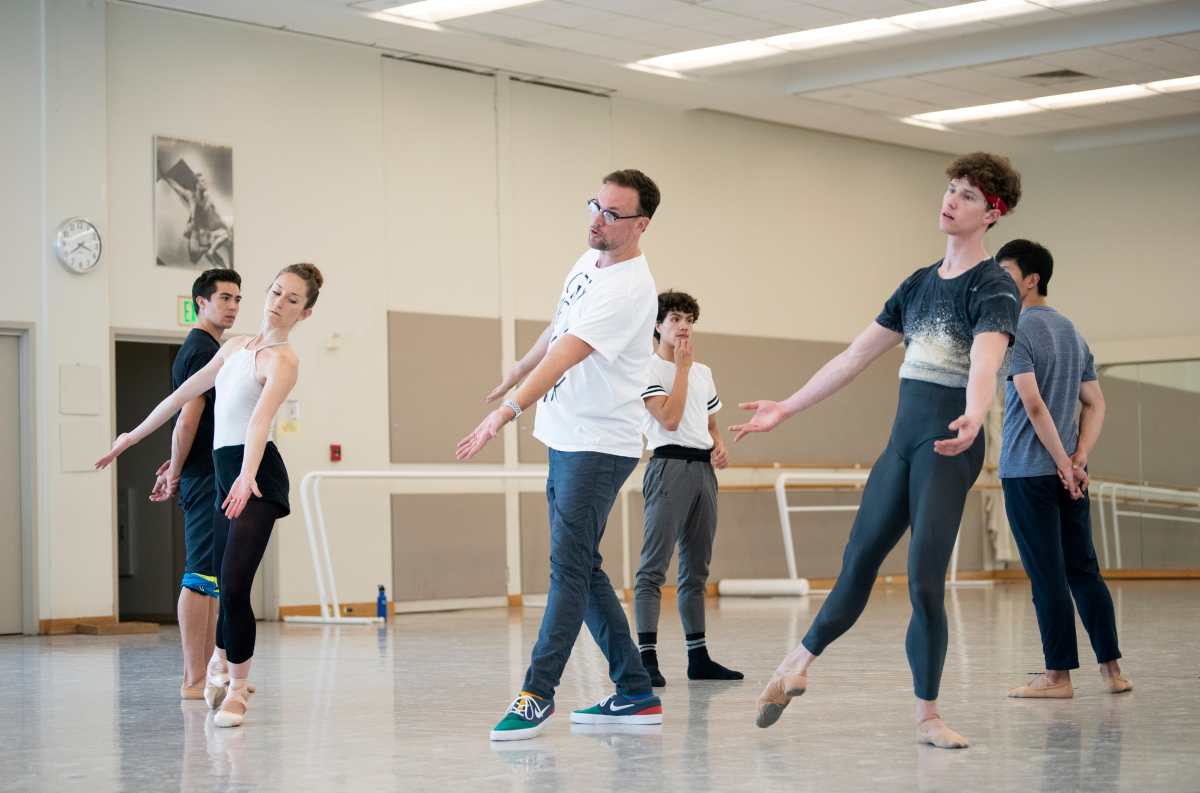 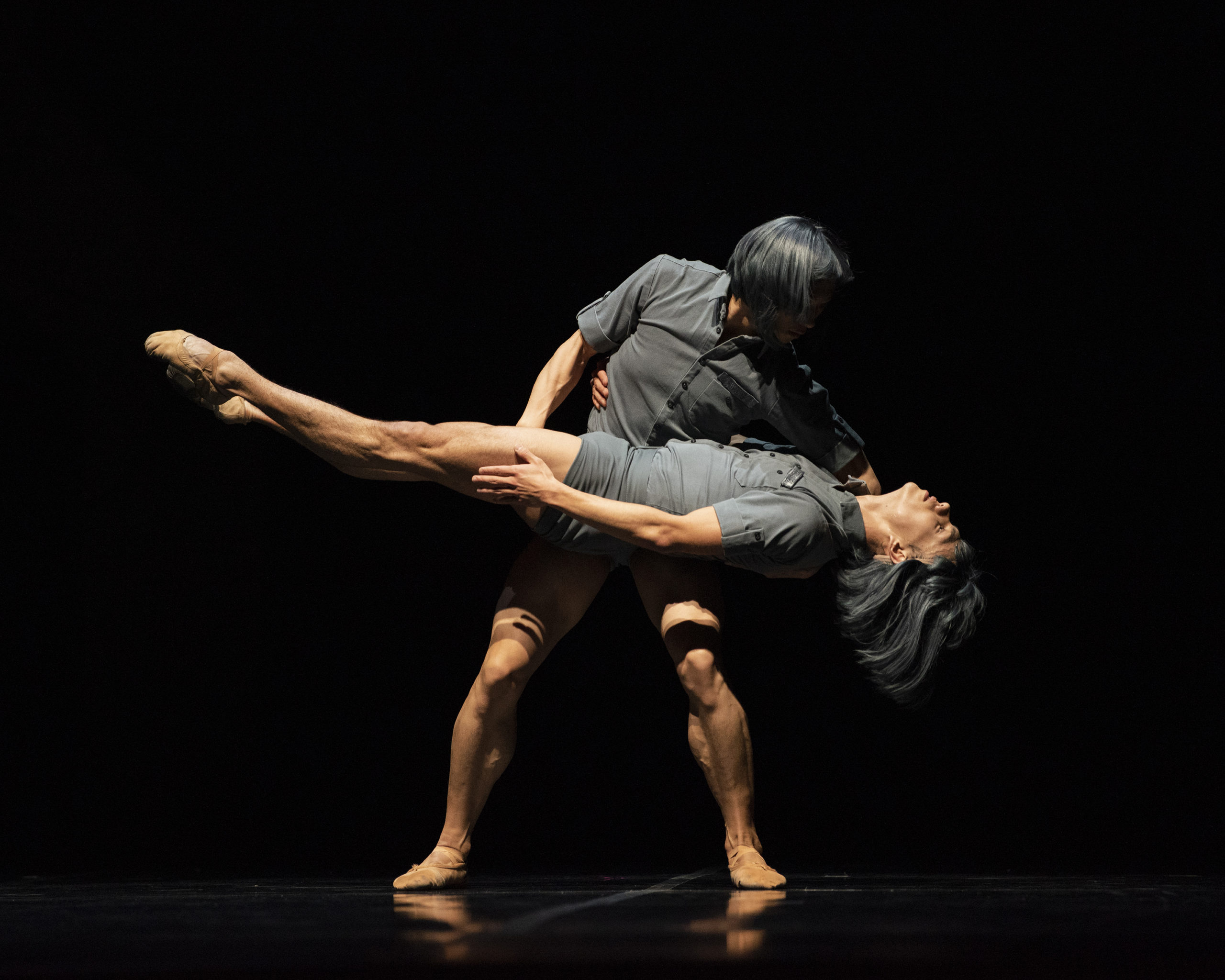 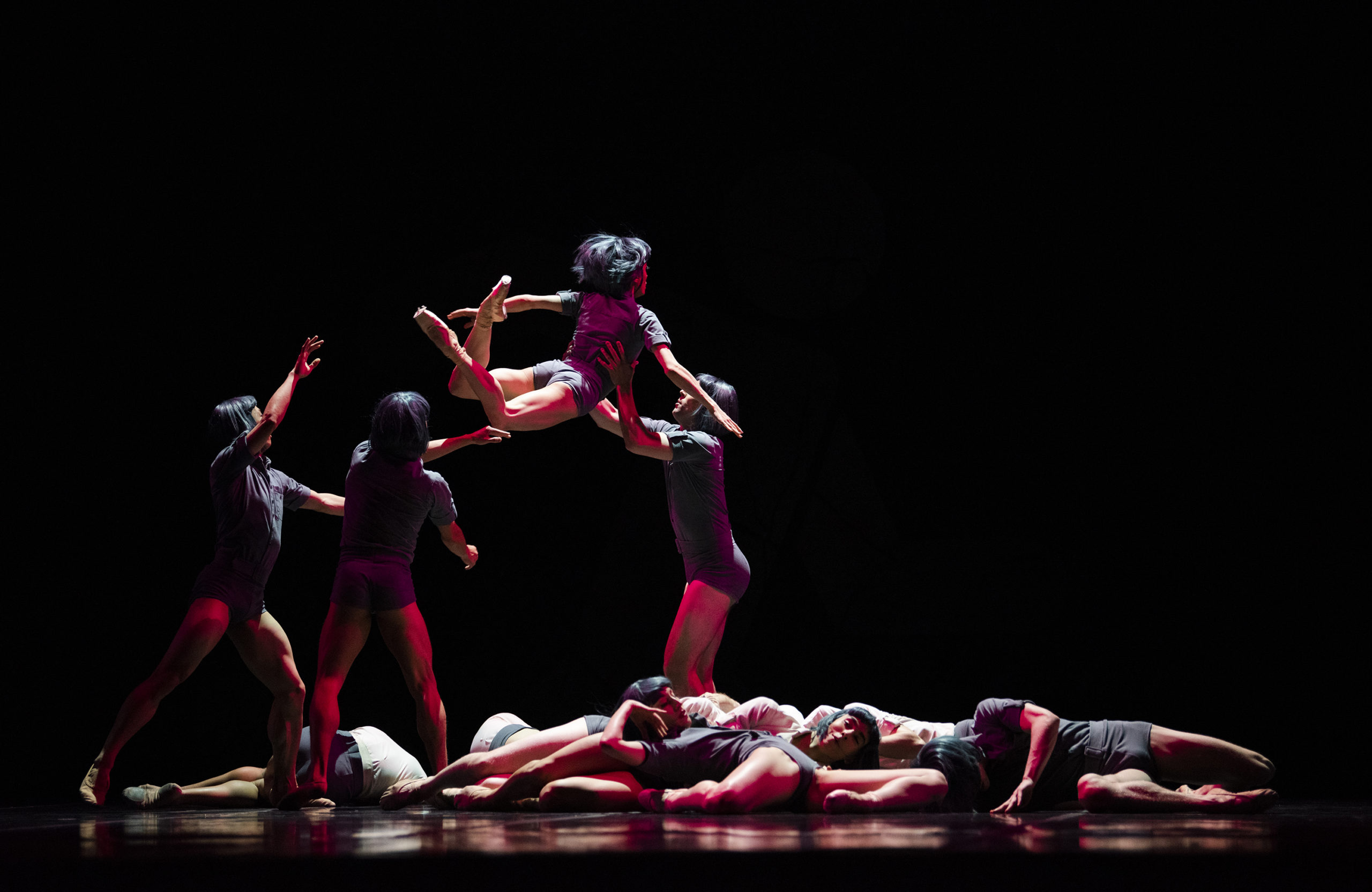 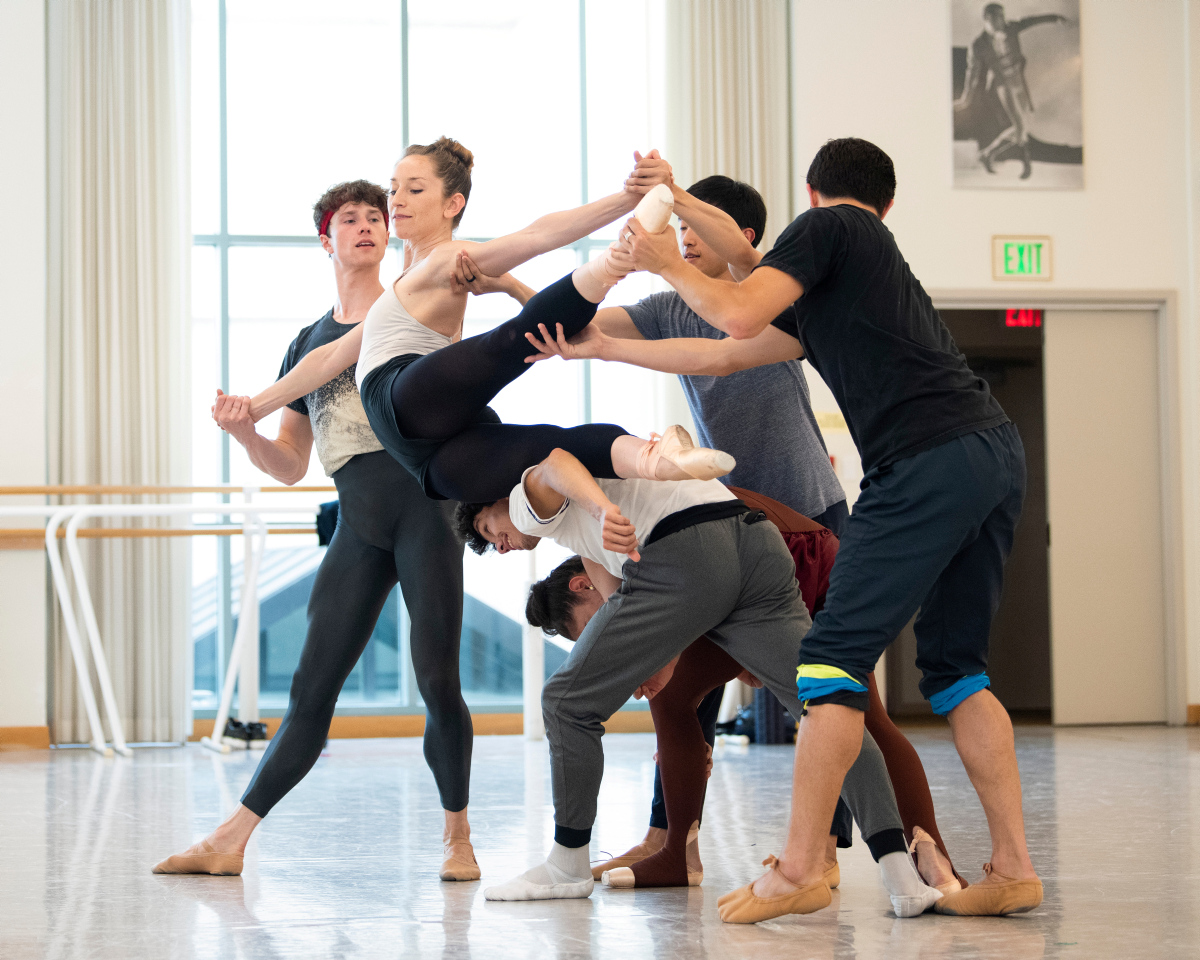 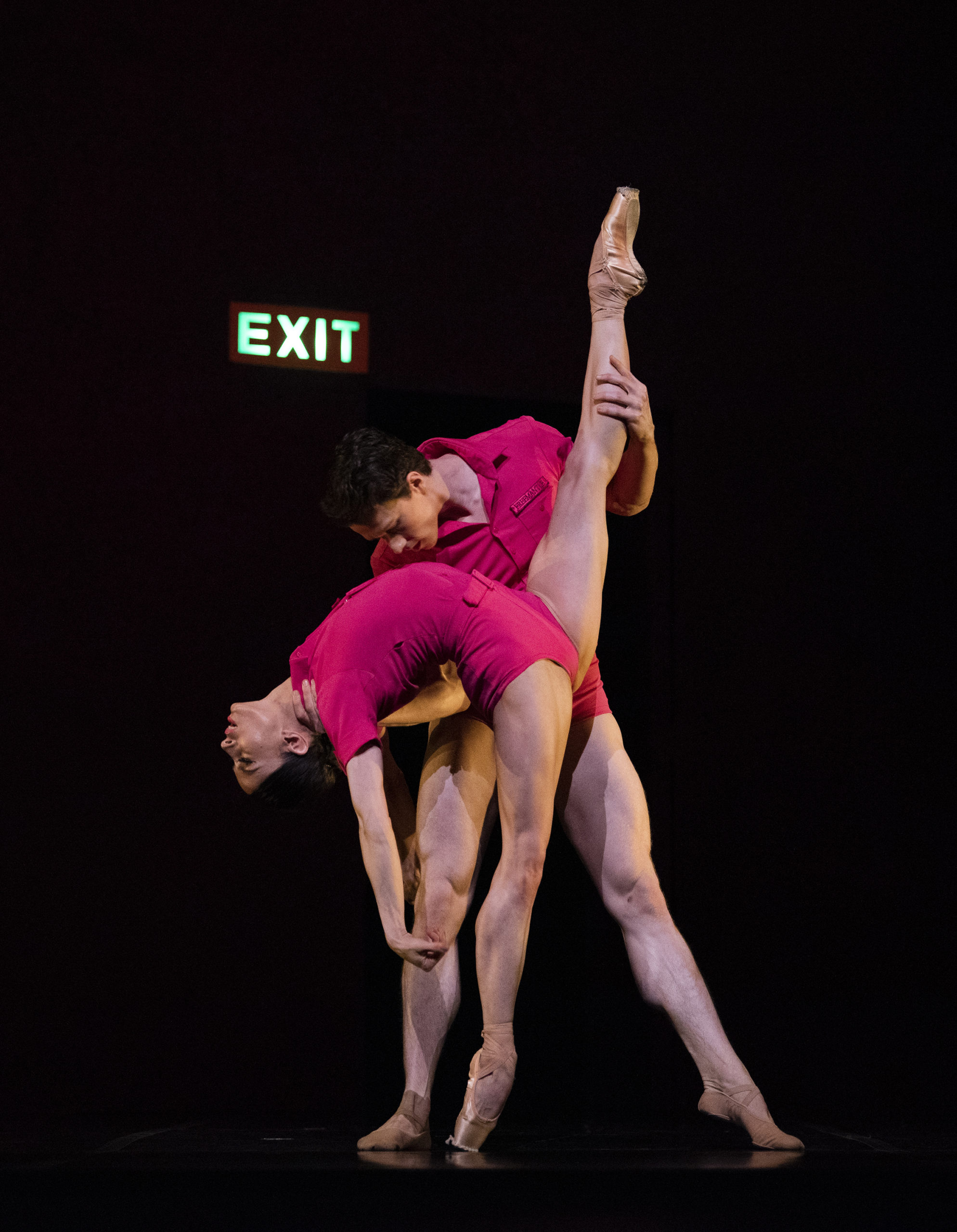 Structurally, the ballet is made up of three couples and a mechanistic male corps de ballet, dressed as exit men. The first pas de deux, created on dancers Dores André and Benjamin Freemantle, is intense and volatile. “It’s built to show that, as hard as we may try to prove otherwise, there has to be an end to it,” says McIntyre. “Eventually all those things just crumble into a pile.” The second duet builds, filling the space with showiness and bravura steps, and the third, when much has crumbled away, is a more meditative duet between two men.

In coaching the dancers, McIntyre prioritizes momentum over perfectly formed positions and human relationships over the actual steps. “Beyond the obvious extreme talent of the dancers, I was definitely developing this ballet for this company because they’re also quite smart and can operate on a lot of different levels at once,” says McIntyre. “This piece has many layers that I’m trying to hold onto. I need collaborators who can also hold onto all those different levels.”

With all those levels, does McIntyre mind that The Big Hunger is enjoyed for its beauty, as a little-hunger pleasure? He laughs. “We can’t reject the little hungers—we’re here to have this experience as people. And if there’s a reason that we’ve all just converged here in this moment, let’s see where it goes.”