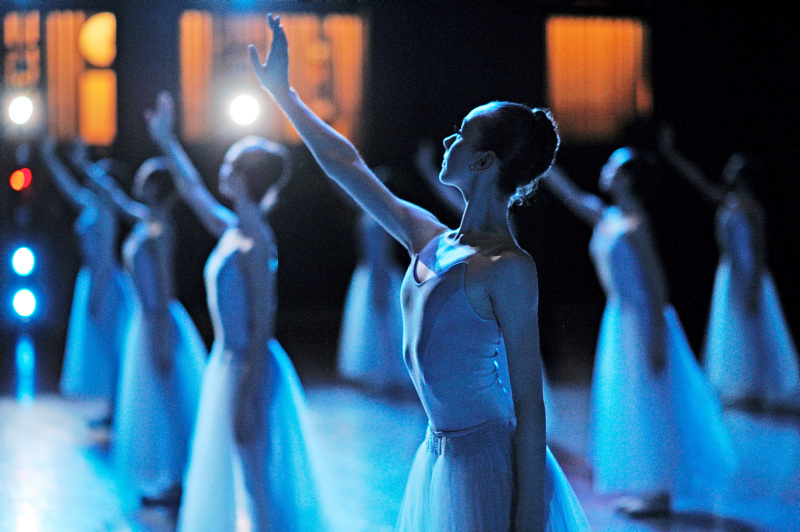 Update July 13, 2021: The complete programming for Starry Nights: SF Ballet’s Return to the Stage is now available. Full programming is listed here, and updated production credits are included below:

SAN FRANCISCO, CA, June 30, 2021—San Francisco Ballet, one of the largest and most celebrated ballet companies in the U.S. and the country’s first arts organization to cease performance due to the Covid-19 pandemic, returns to live performance on August 13 and 14 with Starry Nights: SF Ballet’s Return to the Stage at Frost Amphitheater, in partnership with Stanford Live. After seventeen months of digital programming, the Company turns to the peninsula, making its debut at Frost Amphitheater and presenting for the first time at Stanford University in over half a century. “We are thrilled to perform at Frost Amphitheater after many months of on-screen dance,” says SF Ballet Artistic Director Helgi Tomasson. “Starry Nights is a celebration of our dancers’ resilience and a symbol of gratitude to the community that has ushered us through this remarkable time. It is time for us to be back on stage, under the stars, doing what we do best.”

Starry Nights: SF Ballet’s Return to the Stage includes George Balanchine’s Serenade and Tarantella, as well as Danielle Rowe’s For Pixie and Helgi Tomasson’s The Fifth Season, with music performed by members of San Francisco Ballet Orchestra under the direction of Martin West. An additional pas de deux, as well as casting, will be announced at a later date. For press images visit the online press photos page. Please contact Kate McKinney at kmckinney@sfballet.org with all press inquiries.

Calendar information:
Tickets to Starry Nights: SF Ballet’s Return to the Stage range from $50–$225 and may be purchased via Stanford Live’s webpage beginning July 10 at 12 pm PDT. Tiered presale access begins on July 7 at 12 pm PDT for select donors and subscribers. Contact Ticket Services at 415-865-2000 or via email at tickets@sfballet.org, Monday–Saturday, 10 am–5 pm PDT, for more information. Starry Nights will be held August 13–14 at 7:30 pm PDT at Frost Amphitheater, located at 351 Lasuen Street on the Stanford University campus.

Starry Nights: SF Ballet’s Return to the Stage is made possible by Sponsors Sue and John Diekman, Nancy Kukacka, and Akiko Yamazaki and Jerry Yang.

ABOUT STANFORD LIVE
Stanford Live presents a wide range of fine performances from around the world, fostering a vibrant learning community and providing distinctive experiences through the performing arts. From its home at Bing Concert Hall and Frost Amphitheater, Stanford Live functions simultaneously as a public square, a sanctuary and a lab, drawing from all Stanford University has to offer to connect performance to the most significant issues, ideas and discoveries of our time.